Derby County secured the signing of Rangers central defender George Edmundson on loan for the remainder of the 2020/21 campaign on Deadline Day.

The 23-year-old links up with the Rams’ squad to add further competition for places at the heart of the defence.

Edmundson has experience in both the Scottish Premier League as well as the EFL following his four-year spell with Oldham Athletic.

Here is a little more information about the Rams’ latest recruit. 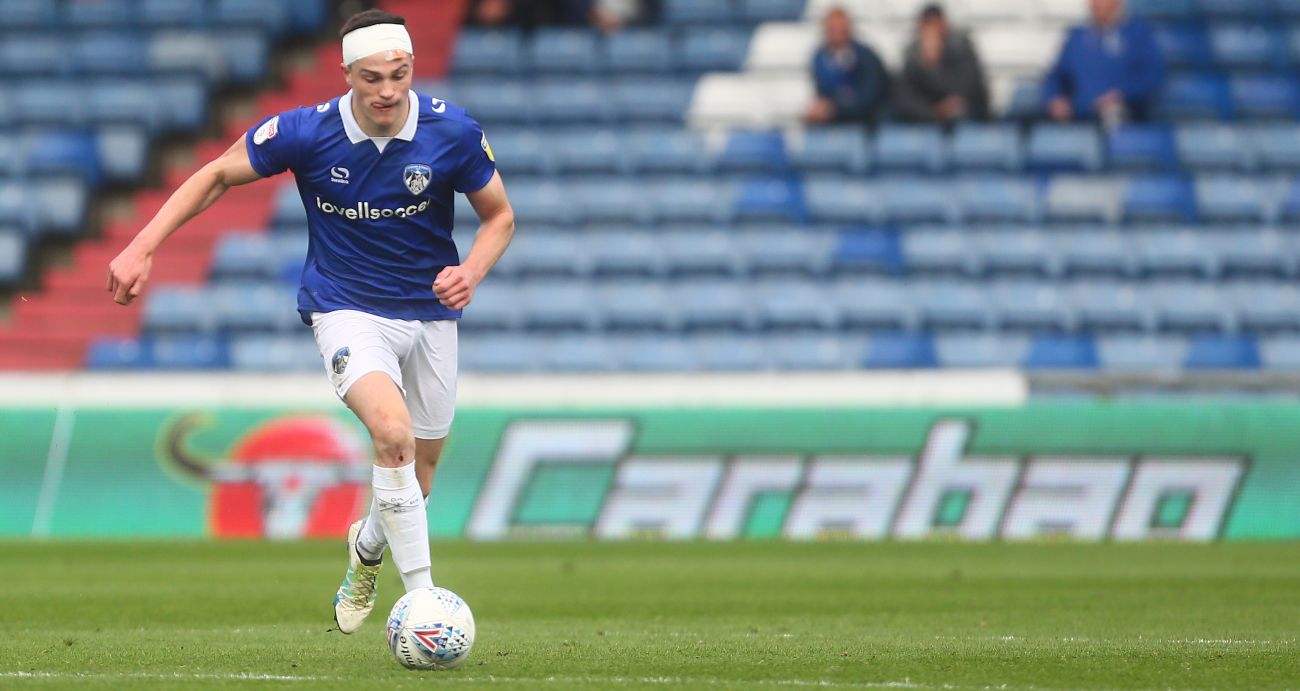 Edmundson grew up in Manchester and played locally at grassroots level. His route into professional football has been an unconventional one. He originally missed out on a youth scholarship with Oldham Athletic back in 2013, however, a player departure in the youth set up allowed him an opportunity to join up with the squad a couple of months later.

He performed well in the Under-18s set up as the Latics won back-to-back trophies in his two years with the Academy. Prior to the Youth Alliance Cup Final in 2015, Edmundson was told by the Latics he would not be offered a professional contract.

However, following a 4-0 victory, in which Edmundson was named man-of-the-match, there was a change of heart amongst the hierarchy at Oldham and he was offered a one-year professional contract with the club with an option of a further year.

The defender showed a strong, resilient attitude to adversity and was rewarded for his effort. 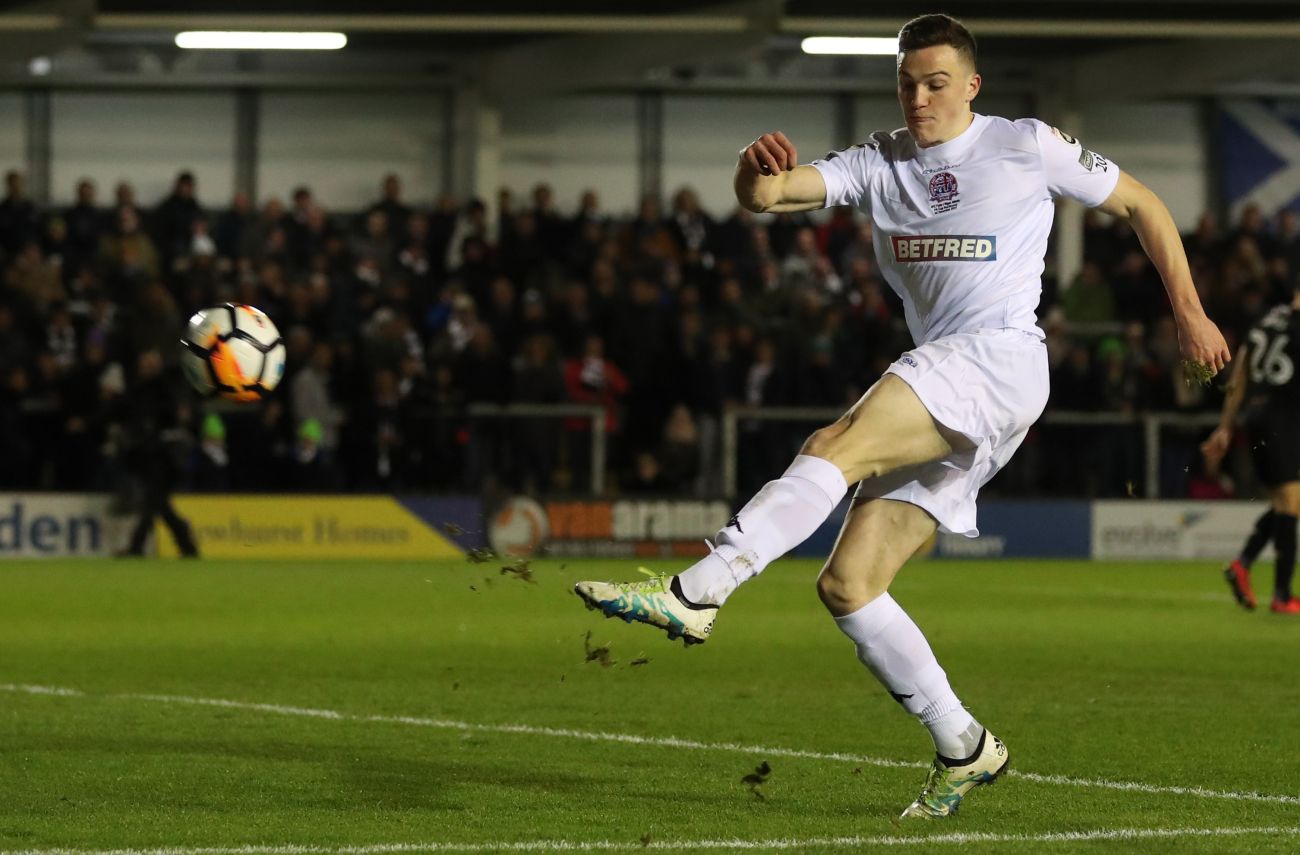 Edmundson made his competitive debut for Oldham in an EFL Trophy fixture against Shrewsbury Town before spending time out on loan at local side Ramsbottom United to gain valuable first-team experience.

The defender returned to the Latics and was handed his league debut by then-manager John Sheridan in a 1-0 away victory against Southend United which secured Oldham’s survival in League One.

He got more minutes out on loan the following season as he spent time on loan with Alfreton Town in the National League. He scored two goals on his debut for the club, making eight appearances in total.

He returned to the Latics and played a handful of games before the end of the 2016/17 campaign. Edmundson signed a contract extension with the club and started four games in the 2017/18 season before spending more time out on loan in the National League, this time with AFC Fylde.

His form on the coast, coupled with an injury-crisis at Oldham, saw him return to the club and play 13 games towards the end of the Sky Bet League One season.

He scored his first competitive goal for Oldham in a 2-2 draw against Northampton Town on the final day of the season, however, that draw saw them relegated to League Two.

After a stop-start career, Edmundson finally managed to get a run of games consistently for the Latics in Sky Bet League Two. Then-manager Frankie Bunn put faith in Edmundson and was rewarded with a string of solid performances.

Alongside experienced defender Peter Clarke, the pair went on to provide solidity in defence. He missed only one game throughout the campaign, which was the final game of the season, and scored two goals in total.

They came against Cambridge United and Swindon Town, however, his performances secured him a place in the PFA League Two Team of the Season.

There was interest from teams in higher divisions for Edmundson and the defender opted to move to Scottish Premier League side Rangers.

NORTH OF THE BORDER

The Gers, managed by Steven Gerrard, paid an undisclosed fee for the defender and beat off competition to secure his signature on a four-year deal.

Edmundson made his debut for Rangers in a convincing 6-0 victory over St Joseph’s in the UEFA Europa League fixture, whilst a weeks later, he again played the full game in a victory against P Niedercorn.

He was restricted to appearances off the bench in the first part of the 2019/20 campaign and even came on as a late substitute as Rangers secured three points against their nearest rivals Celtic in the Old Firm Derby in December 2019. 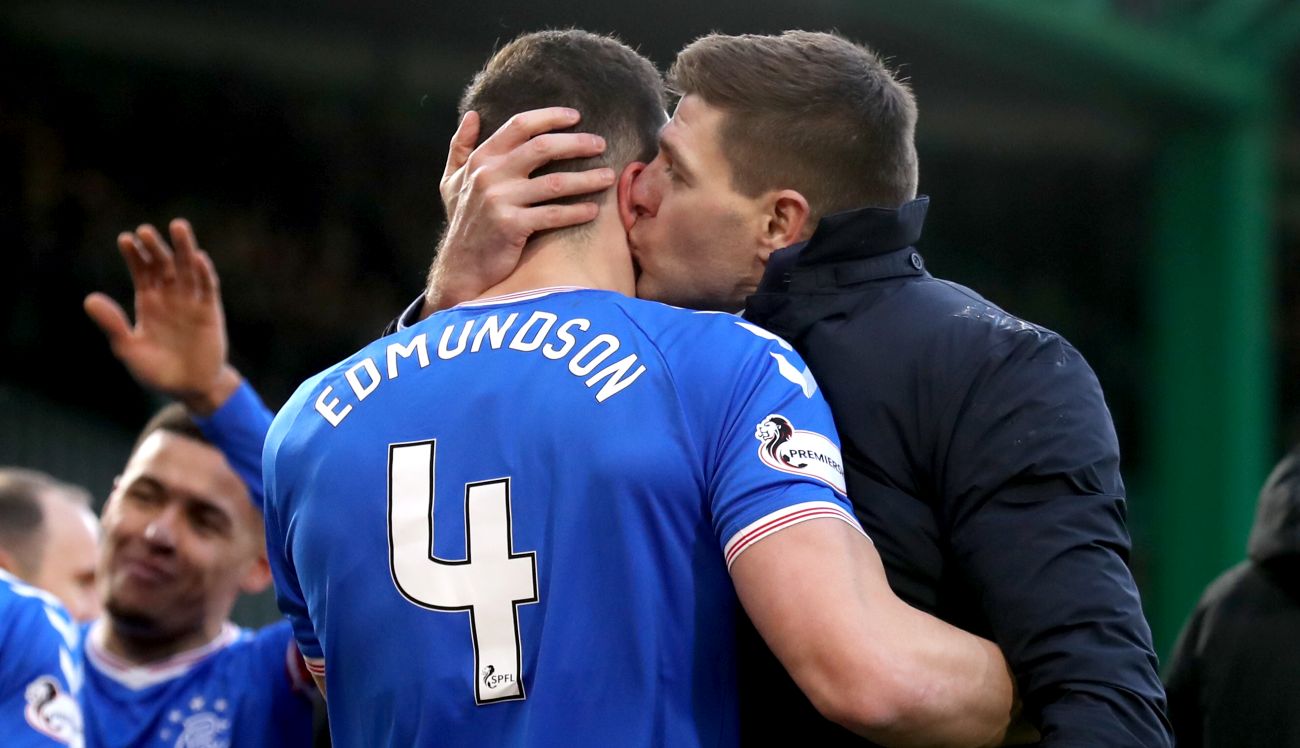 The defender managed to cement his name in the starting line-up, playing a key role in Rangers’ victory over Braga in the Europa League as well as the league campaign.

He even scored for the Gers in Europe, heading home against Bayer Leverkusen at Ibrox, however, football was halted due to the outbreak of COVID-19, which came at the worst possible time for Edmundson.

This season, the defender has been limited to just two appearances in all competitions before joining the Rams on loan for the remainder of the 2020/21 season.