The on-loan Brighton & Hove Albion defender was forced off in the first half of Derby’s 2-1 win at Adams Park but Rooney is upbeat on Clarke’s chances of being available for selection to take on the Terriers at Pride Park Stadium.

“Clarkey got a bang on his hip at Wycombe and we tried him on Thursday in training, but it wasn’t right,” Derby’s manager told RamsTV after the Watford game.

“We think that he should be available for Tuesday against Huddersfield.”

Clarke’s absence has opened the door for recent signing George Edmundson to stake a claim for a regular starting place at the heart of the defence.

The 23-year-old arrived on-loan from Scottish Premiership leaders Rangers earlier this month and made his first start for the club against the Hornets. 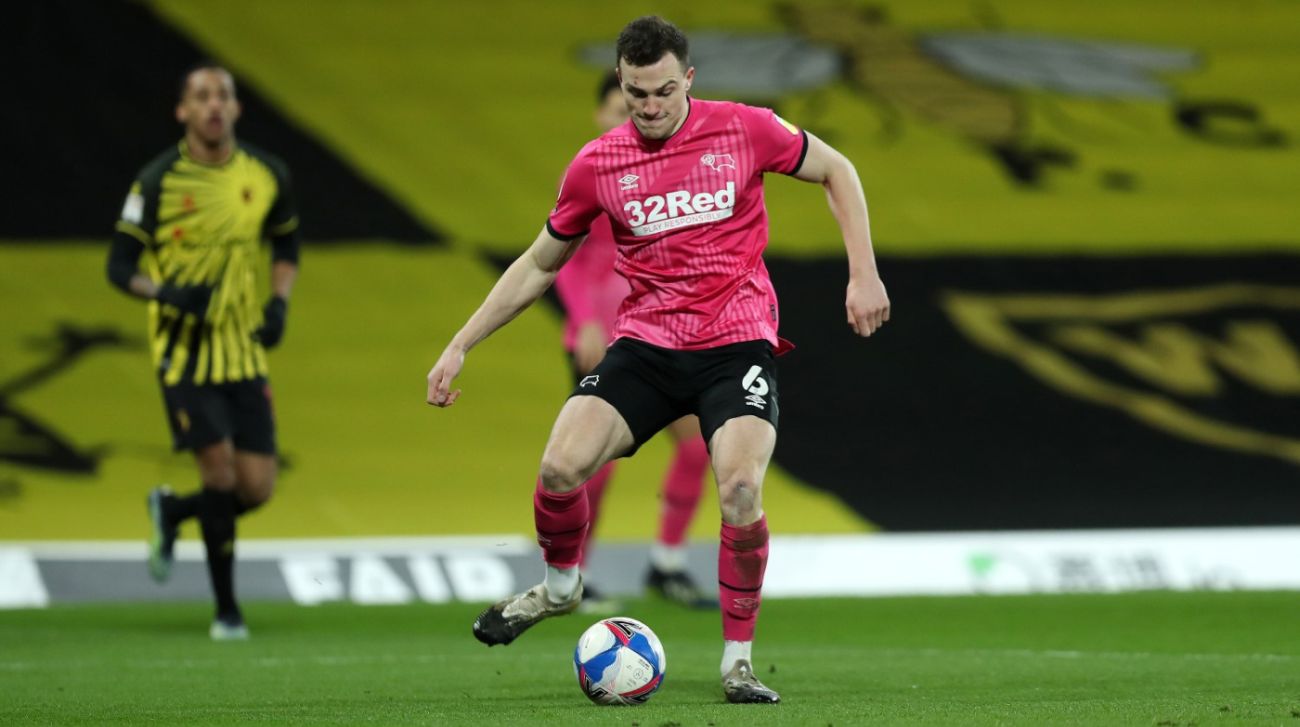 After recovering a hernia operation at this parent club last month and limited game time this season, Rooney has been impressed with his opening displays in a Derby shirt.

“I thought George did well,” Rooney said in assessing the defender’s display at Vicarage Road. “He has not played much football over the last few months after not playing too much at Rangers.

“George came on in a tough game on Tuesday night at Wycombe and I thought he did well in that as well.”

Rooney: “There Were Positives And Negatives In Our Performance”