Derby County are back on the road in the Sky Bet Championship on Tuesday night when they travel to West Bromwich Albion.

dcfc.co.uk has gathered all the information you need to know ahead of the game (8pm kick-off).

RamsTV will be providing worldwide coverage of the match to supporters.

The game will be available to watch LIVE in the United Kingdom and internationally on a pay-per-view basis with international market details available here, on RamsTV via dcfc.co.uk or through the Official Derby County App from the Apple App Store and Google Play Store.

The EFL has returned to the position as was prior to the COVID-19 pandemic when the live broadcast or domestic streaming of any match in England, Wales and Northern Ireland is prohibited between the hours of 2:45pm-5:15pm on Saturday afternoons.

EFL clubs will have the right to live-stream midweek matches on their streaming services, with the Rams’ trip to the Hawthorns being their second away midweek fixture of the campaign.

If you don’t have a website account: you will need create an account, add your 8-digit Fan ID (if you have one), Name, Address, Postcode and a valid email address not already registered with an account. Then you will be able to purchase pay-per-view access for the match on dcfc.co.uk.

Overseas RamsTV subscribers that have purchased a monthly subscription package for the 2021/22 season are able watch this match as normal by logging in to their account.

The RamsTV Matchday Live show begins at 7:30pm, to provide fans with comprehensive and unrivalled coverage.

Tickets went on sale to Membership Holders with priority access on away tickets earlier this month, before going on sale to 2021/22 Season Ticket Holders and General Sale.

Supporters without a ticket are advised not to travel to the Hawthorns, as they will be unable to gain access to the stadium.

Membership packages for Derby County’s 2021/22 season, where you can be first in line to purchase away tickets, are on sale now.

Memberships can be purchased here: membership.dcfc.co.uk/home.

Proof of age may be required on entry for any concessionary tickets.

Match ticket refunds are not available for this game from Derby County.

Midfielder Jason Knight came off the bench late on against the Blues to make his first appearance of the season, after picking up an ankle injury in pre-season, and could be pushing to start against the Baggies. 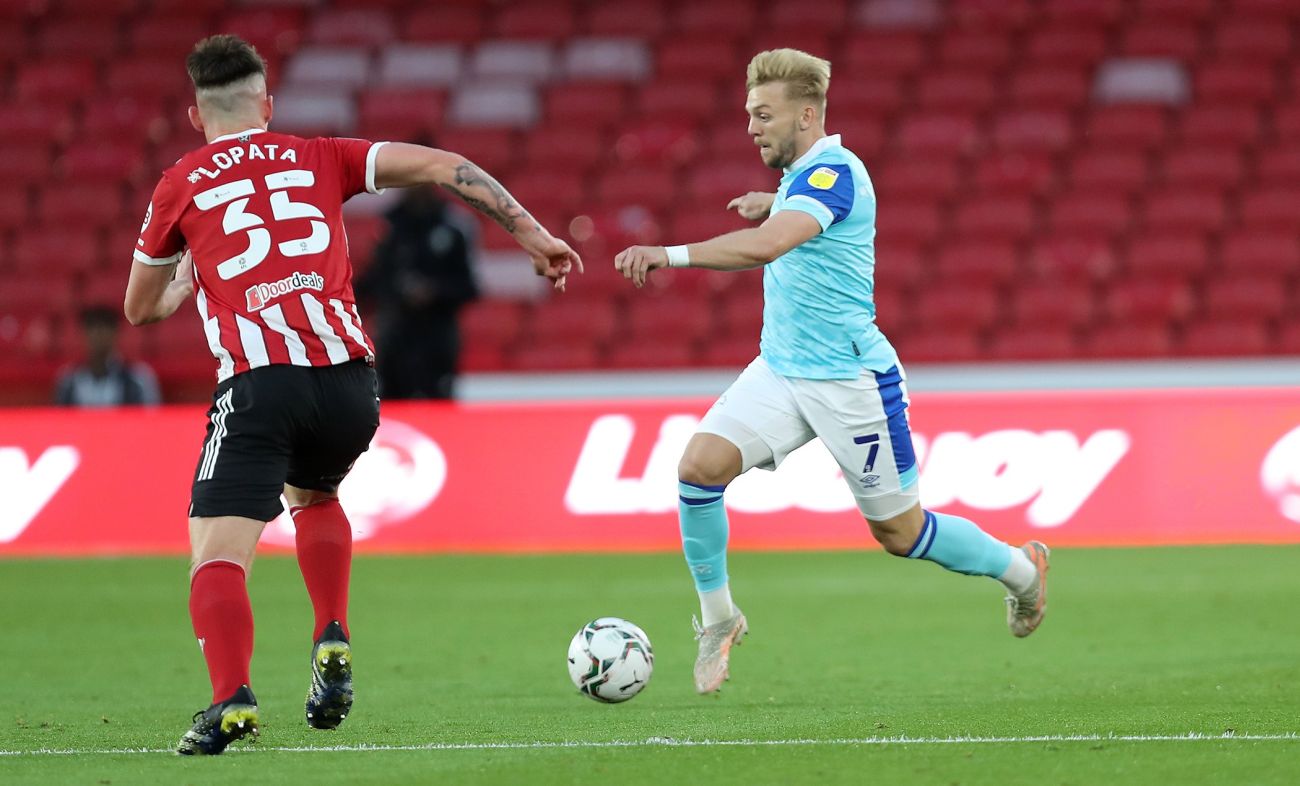 Polish international winger Kamil Jozwiak will return to the squad for the game at the Hawthorns after sitting out Friday's trip to Birmingham City as a result of being in action for Poland against England in a 2022 FIFA World Cup qualifier last Wednesday.

Defender Craig Forsyth will serve the second of a three-match ban after the Football Association deemed a challenge he made in the 1-1 draw against Nottingham Forest to be an act of violent conduct, so Lee Buchanan is once again in line to start at left-back.

Republic of Ireland Under-21 international full-back Festy Ebosele has missed the last month with a knee injury and will again miss out, but he is on course to return to training later this week.

Striker Colin Kazim-Richards remains a long-term absentee with an achilles injury sustained last month and he will be out of action for a significant period of time.

Manager Wayne Rooney offered his pre-match views to RamsTV on Monday and said: “West Bromwich Albion have started the season well and we know what to expect.

“It will be a physical game and lots of balls will come into the box so we will have to defend them well, be ready for that challenge and try to create our chances and win the game from there.

“They are similar to the way Barnsley played last year, which you’d expect given the manager moved clubs. It’s about long balls, second balls and it’s going to be a battle. We will be ready.

“We have to stand up to it and if we do that then we will have chances. When we get chances, we have to take them and be more clinical.

“I think the reaction from players, not just in this game but every week, is important. We know in games where we will go one down or things happen against us, that happens in the Championship especially, so we have to respond better to situations.”

He added: “I think the way we are playing, there are going to be mistakes. We are asking players to play a bit differently to how we were previously, so we are taking more risks with the ball.

“We are still early into that, we are only six games into the season so we will get better at it but when mistakes happen, that’s part of how we are playing. I take full responsibility for that because I’m asking the players to play out from the back.”

Kevin Friend will oversee Tuesday night's game across the Midlands.

He oversaw Derby's 2-0 Emirates FA Cup Third Round tie at Chorley in January of this year, when the Rams were forced to field a team of Academy players under COVID-19 protocol rules.

Friend will be assisted by Derek Eaton and Wade Smith on the lines, whilst Will Finnie has been appointed as the fourth official.