dcfc.co.uk has gathered all the information you need to know ahead of the game (7:45pm kick-off).

Tickets for the game will be on sale right up until kick-off from the Ticket Office. 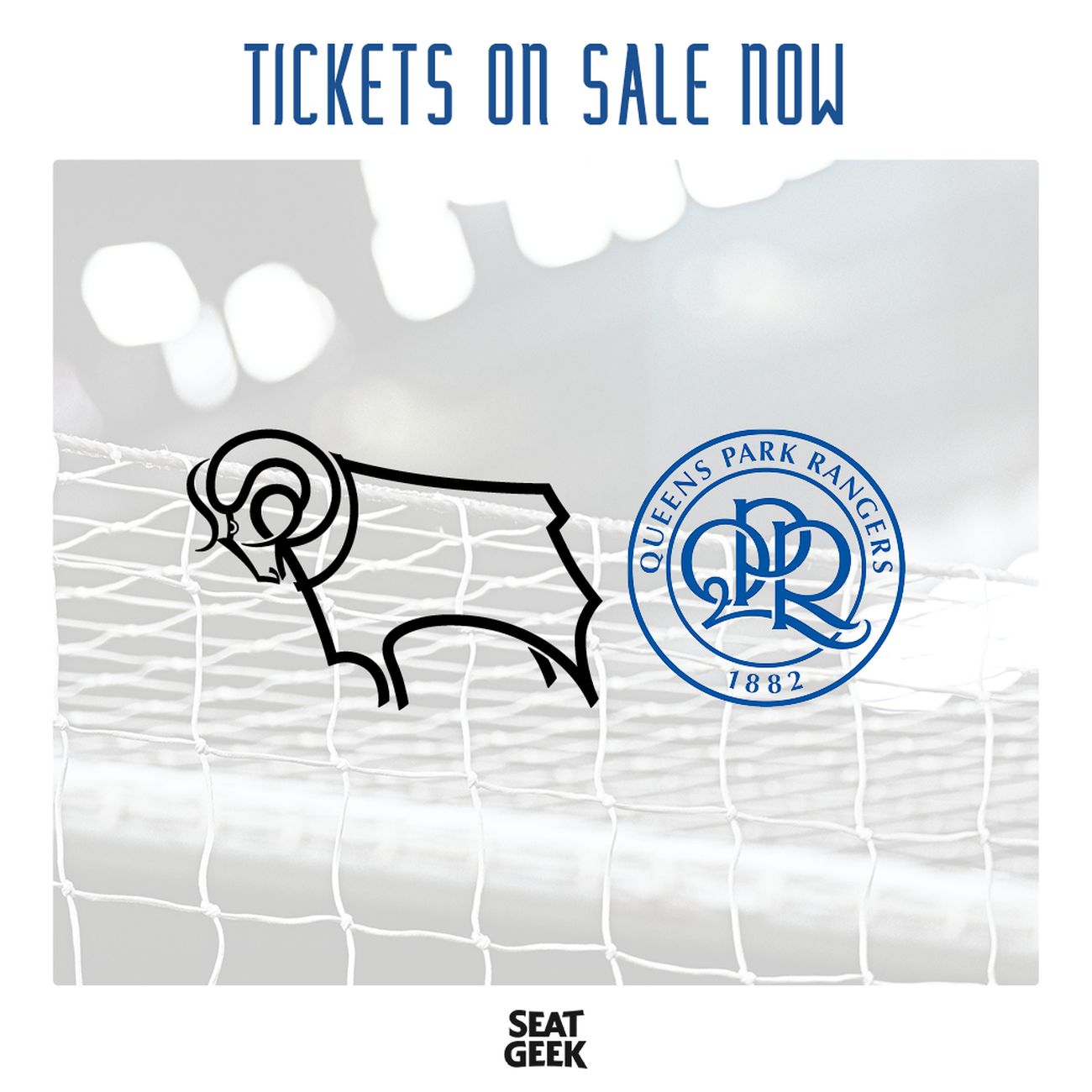 Fans wishing to purchase a ticket on arrival at Pride Park Stadium are requested to ensure they have a Fan ID created on dcfc.co.uk to avoid the time-consuming process and to help provide a smooth customer service process.

Season Ticket Holders should note they no longer need to process their match ticket(s) online as Season Ticket Cards are now active for home league matches.

BUY TICKETS FOR THIS MATCH HERE

* 2021/22 Season Ticket Holders' cards are now active and available to use.

* Derby County Membership Holders have the chance to purchase a ticket with 10% Discount off the General Admission Match Ticket Price.

* Match Tickets are available until 5:45pm online on the day of the match and until kick-off from the Ticket Office in person.

* Please ensure you use your Fan ID when logging in to the club’s ticketing platform.

Seasonal Parking Pass holders are not required to book online but must continue to display their car park hanger on the day to avoid incurring a fine.

Non-Seasonal Parking Pass holders are advised that parking in Car Park A or B without booking via the link provided below risk incurring a fine.

For more information and to reserve your space in advance of attending any first team match, visit secure.mipermit.com/derby/Account/PayAndStayAdd.aspx.

If you have any questions regarding the matchday parking ticket, please email [email protected].

Defender Lee Buchanan will miss out once again after suffering a knee injury in the recent home victory over AFC Bournemouth, which is due to keep him out for six to eight weeks, so the experienced Craig Forsyth is set to start once again at left-back.

Another player sidelined after being injured against Bournemouth is striker Sam Baldock with a hamstring problem and he is expected to be out of action for around three to four weeks.

Striker Jack Stretton is set to miss out once again with a minor knee injury sustained whilst in action for the Under-23s earlier this month against Reading in the Premier League Cup. On top of his injury, Stretton is also unwell.

Manager Wayne Rooney offered his pre-match views to RamsTV and he said: “We’ve had two very difficult games in the last week, but the lads were excellent in both of them.

“The win against Bournemouth was massive for us and it set us up well for the trip to Fulham, which was always going to be a tough test.

“We created some good opportunities, which we believed we would do, and the lads fought until the final whistle to get a point; they’ve been fighting all season.

“It is good for the lads to see that we can compete with the best teams in this league.”

He added: “We will go into Monday’s game confident and believing that we can get three points.”

Midfielder Max Bird spoke to RamsTV following training on Saturday at Moor Farm Training Ground as Derby continue their preparations for the meeting with the Hoops.

Bird said: “We’ve had a great week on the pitch and now we have another tough game on Monday night.

“We know that Queens Park Rangers are a very strong team and we go into this one after two excellent performances against Bournemouth and Fulham.

“To take four points from the top two teams was very encouraging, but we need to build on it.

“We’re not giving up because of the position we are in; the manager has spoken to us and we have to be realistic that the chance is slim - but while there’s an opportunity we will give it our all.

“There’s great group of lads here who stick together and we’re also a good football side. We know that, when on form, we can beat any side in this division and our last two results have proved that.

“We need to keep our heads down and give it our best shot; that is all we can do.”

Simpson has overseen 11 games so far this season in all competitions, showing 40 yellow cards and two reds in the process.

His last Derby match was the 2-1 home win over Stoke City in September as Max Bird and Curtis Davies' goals fired Wayne Rooney's side to victory.

Simpson will be assisted by Richard Wild and Rob Smith on the lines, whilst Andy Woolmer has been appointed as the fourth official.