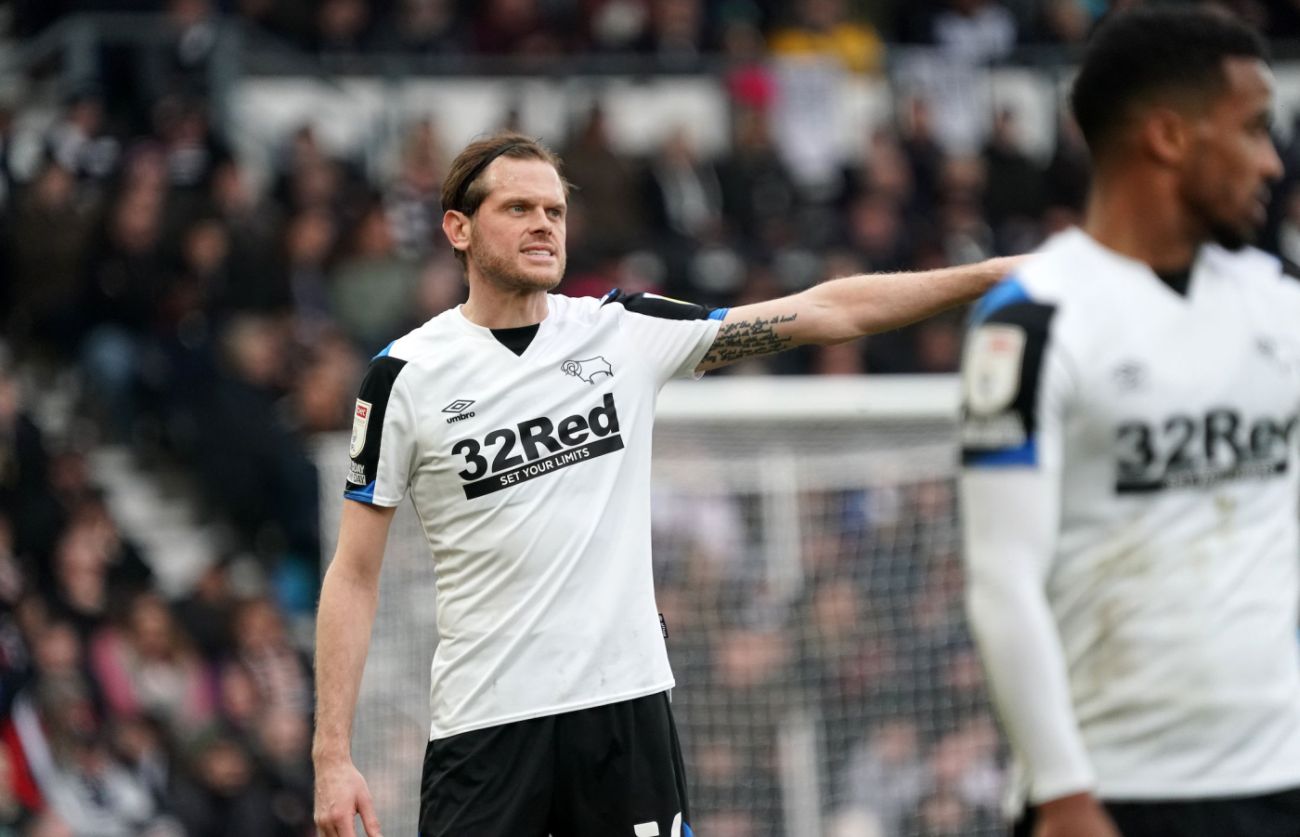 In front of a capacity crowd, the Rams fought from two goals behind to earn a point in a 2-2 draw against the Blues as Krystian Bielik marked his comeback from his second ACL injury with the equalising goal in dramatic circumstances.

The midfielder scored an overhead kick in the fifth minute of added on time to secure a point for Derby on an emotional afternoon at Pride Park.

Lyle Taylor had given Lee Bowyer’s side the lead, whilst Scott Hogan extended that advantage early in the second half.

Luke Plange reduced the deficit for the Rams with two minutes of normal time remaining, whilst Bielik’s equaliser came exactly a year after sustaining his ACL injury against Bristol City last season. 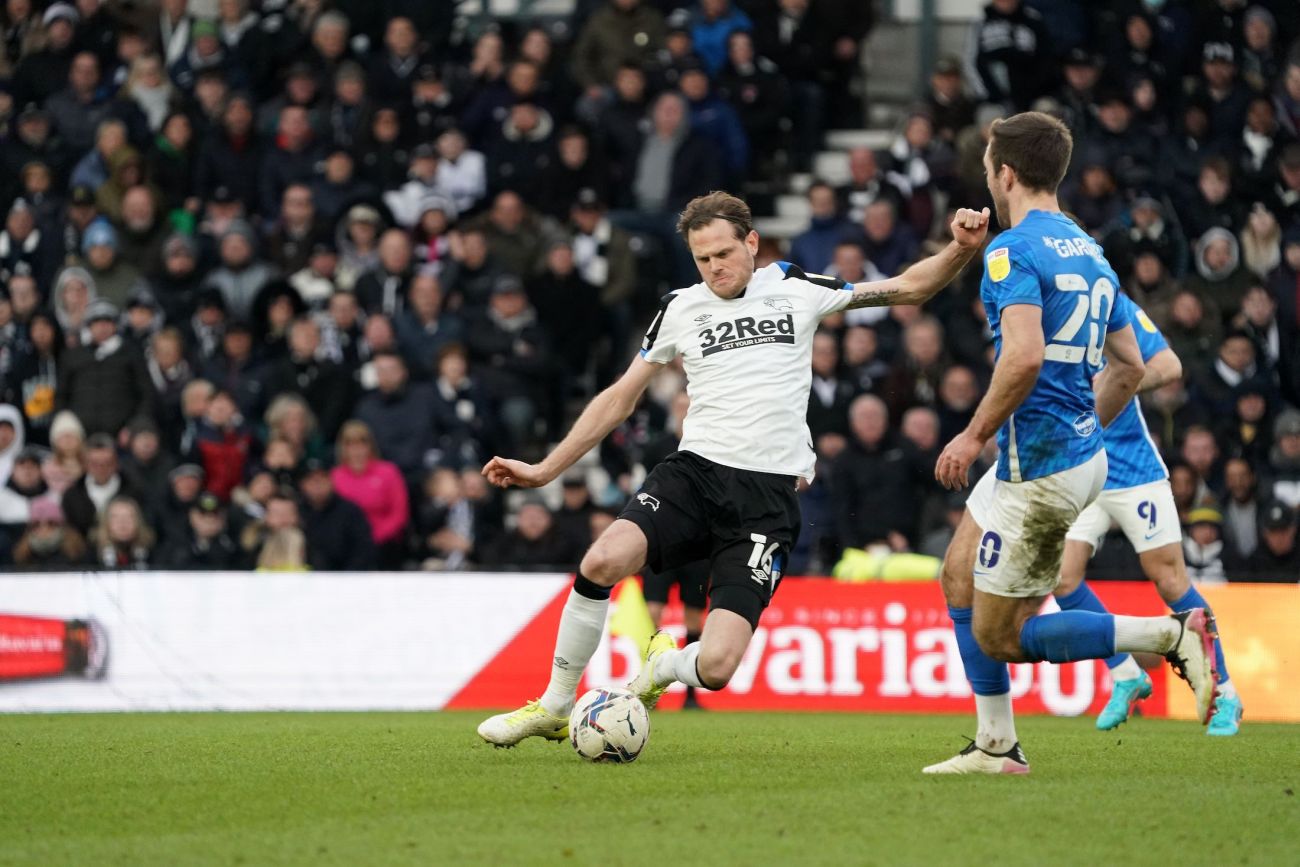 Stearman, who started his third game in succession at the heart of the defence, heaped huge praise on his teammates following the late show at Pride Park.

“Incredible is a great word to sum it up,” he told RamsTV. “We were terrible for an hour but that never-say-die attitude that we have in the team, within this squad, within this club, we were never out of the game. We were disappointed to be 2-0 down and concede two goals.

“We have prided ourselves on keeping clean sheets or having a good defensive record so to concede two in the last few games is not great, but we are never out of the game with this squad and thankfully, with this incredible backing we’ve had today, we managed to come away with a very vital point.

“The manager said at half time to try and get back to what we do best. We got sucked into playing their game. They are very physical and don’t look to play too much and play for set pieces.

“Our strengths are possession based and trying to play the ball around and create openings and I don’t think we did that in the first half and 15 minutes into the second half.

“Krystian Bielik coming on was a big boost for us and then we started to play it around a little bit and create some chances. Luke Plange fully deserved his goal and I thought he was our best player today.

“He worked his socks off and then I’d back us against anyone when we’re 2-1 down and needing a goal. That never-say-die attitude was there again.” 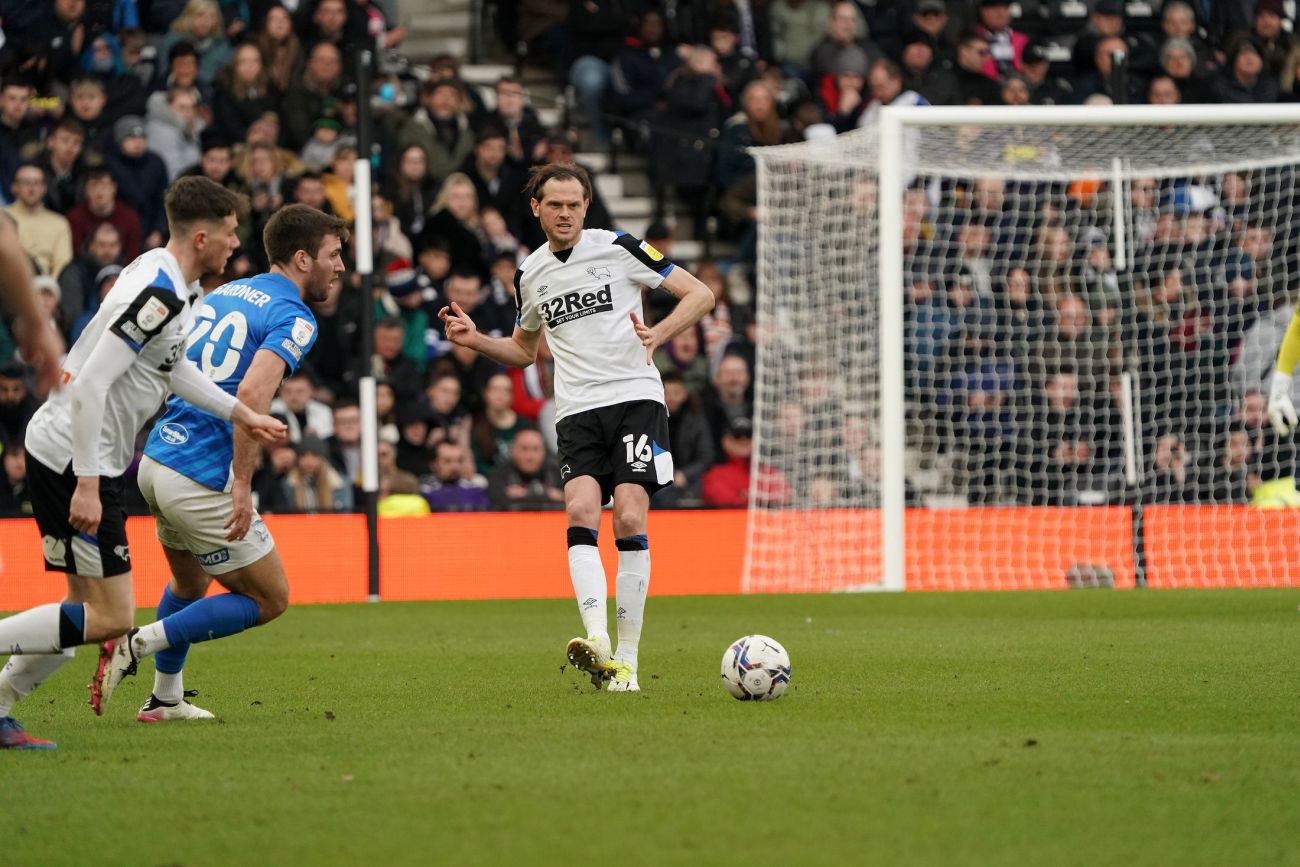 Supporters packed out Pride Park for the fixture, with every ticket in the house snapped up.

Stearman was pleased to see supporters turn out in their numbers.

“You only have to turn on any social media platform to be aware of the support and what was going on away from the club and then you only need to look around and see the amazing support we have had,” he said.

“To sell out in the position that we’re in, it’s rare to have this sort of backing and fanbase and I am delighted to be a part of this club and perform in front of them. Hopefully we are doing them proud and that’s what we are trying to do."

He added: “We have just created a bit of a siege mentality here. Everyone seems to be against us, we will dig in and fight for every point and again, this could be a really big point in our season.

“It was similar to when we played away at Reading. To be 2-0 down and come back to get the vital point and that’s the same today.”