Derby County will hit the road once again on Tuesday as they kick off March with a long trip to Cardiff City.

dcfc.co.uk has gathered all the information you need to know ahead of the Sky Bet Championship match (7:45pm kick-off).

Cardiff City have confirmed that the option to purchase tickets on the day at Cardiff City Stadium is NOT available for away supporters.

Those fans without a ticket are advised not to make the journey to South Wales, as they will be unable to gain entry to the stadium.

Tickets are on sale in person from the Ticket Office at Pride Park Stadium until 1pm on the day of the game, but online sales are no longer available.

Full information for Derby County fans can be found by Clicking Here.

Please Note: COVID Passes or evidence of a negative lateral flow result are no longer required in order to enter Cardiff City Stadium.

Skipper Tom Lawrence will serve the final game of his three-match following his red card in the recent 1-0 home win against Peterborough United.

Kamil Jozwiak will once again miss out with an ankle injury sustained in the 2-2 draw at home to Birmingham City just over a month ago. The Poland international wideman is continuing his rehabilitation work and could return to action at some point following the March international break. 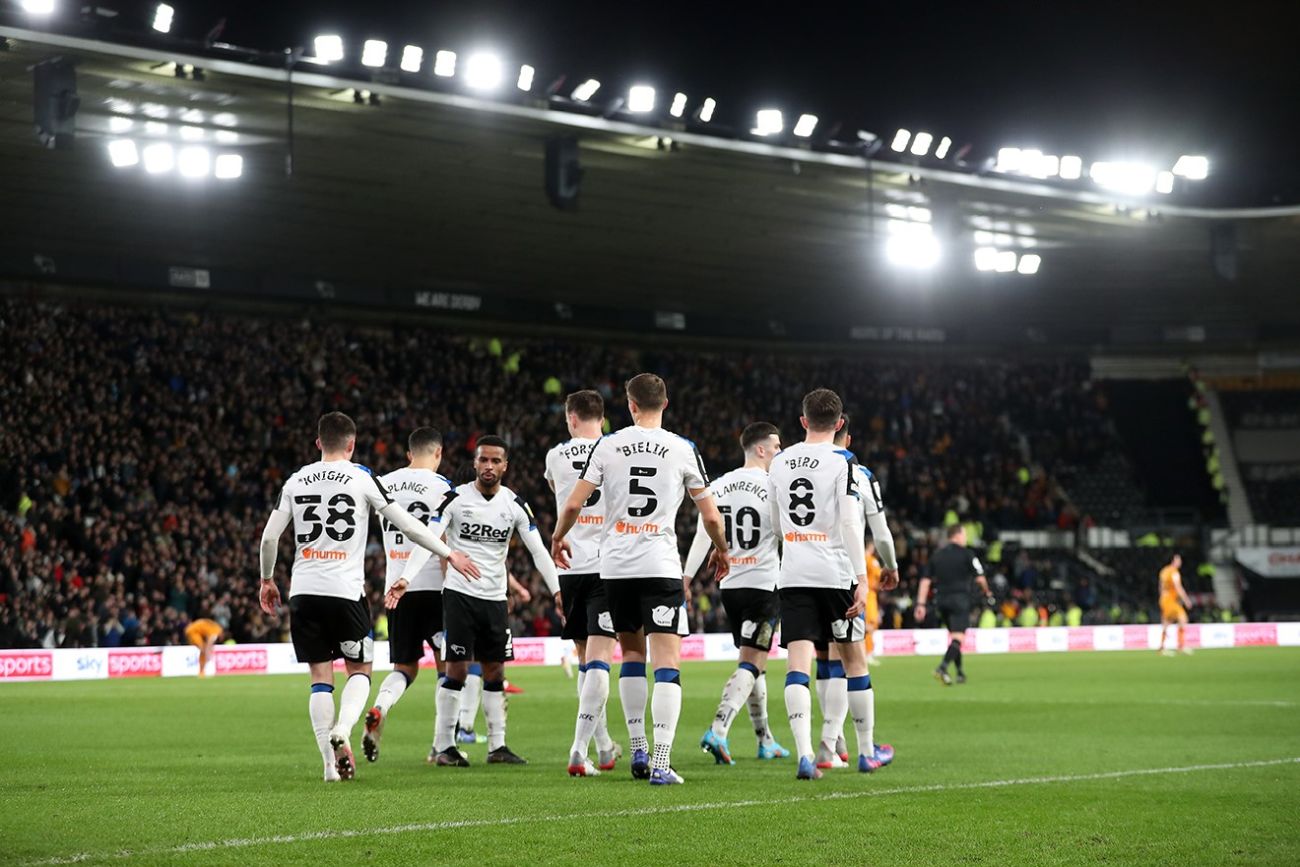 Manager Wayne Rooney has no fresh injury concerns following Saturday's 1-0 loss at Luton Town but may opt to shuffle his pack once again.

Manager Wayne Rooney offered his pre-match views to RamsTV and he said: “Don’t panic was what I told the players after Saturday’s match.

“Football is a strange game at times and you can look at it in different ways. Ultimately, we lost the game and the whole atmosphere can feel a lot different if you win the game.

“If we had won on Saturday and Reading had won their match at Blackpool, we would have been in the same position as we are today so it’s important not panic.

“We just have to keep trying to pick up points and know things can change quickly.”

He added: “I felt that immediately after the game at Luton in the dressing room that the lads were really disappointed.

“It was quiet in there, as you would expect after the game, and that’s why I put some music on. I don’t like the lads sitting there silent, as it’s almost an awkward silence.

“I made it clear to the lads that we have to bounce back. We can’t panic and we make sure we prepare right for this game.”

Midfielder Jason Knight spoke to RamsTV at Moor Farm Training Ground on Monday as the Rams prepare to face the Bluebirds in the Welsh capital.

“We had chances and could have been two goals up early on but we need to start turning the screw ourselves and turning those away performances, maybe good sometimes performances, into wins and we will go to Cardiff on Tuesday with the determination to do that.

“We’ve been really good at home in front of our own fans and we’ve been having a lot of sell outs recently, and we need that to continue, but I think it’s down to us as players when we go away to perform and bring three points back to Pride Park.”

Davies has overseen 26 games so far this season in all competitions, showing 72 yellow cards and two red cards.

His last Derby match was the 0-0 draw at home to Middlesbrough in the early stages of the 2021/22 season.

Davies will be assisted by Daniel Leach and Michael George on the lines, whilst John Busby has been appointed as the fourth official.