Derby County fell to a late defeat in South Wales as Uche Ikpeazu’s strike in the 86th minute secured victory for Cardiff City. 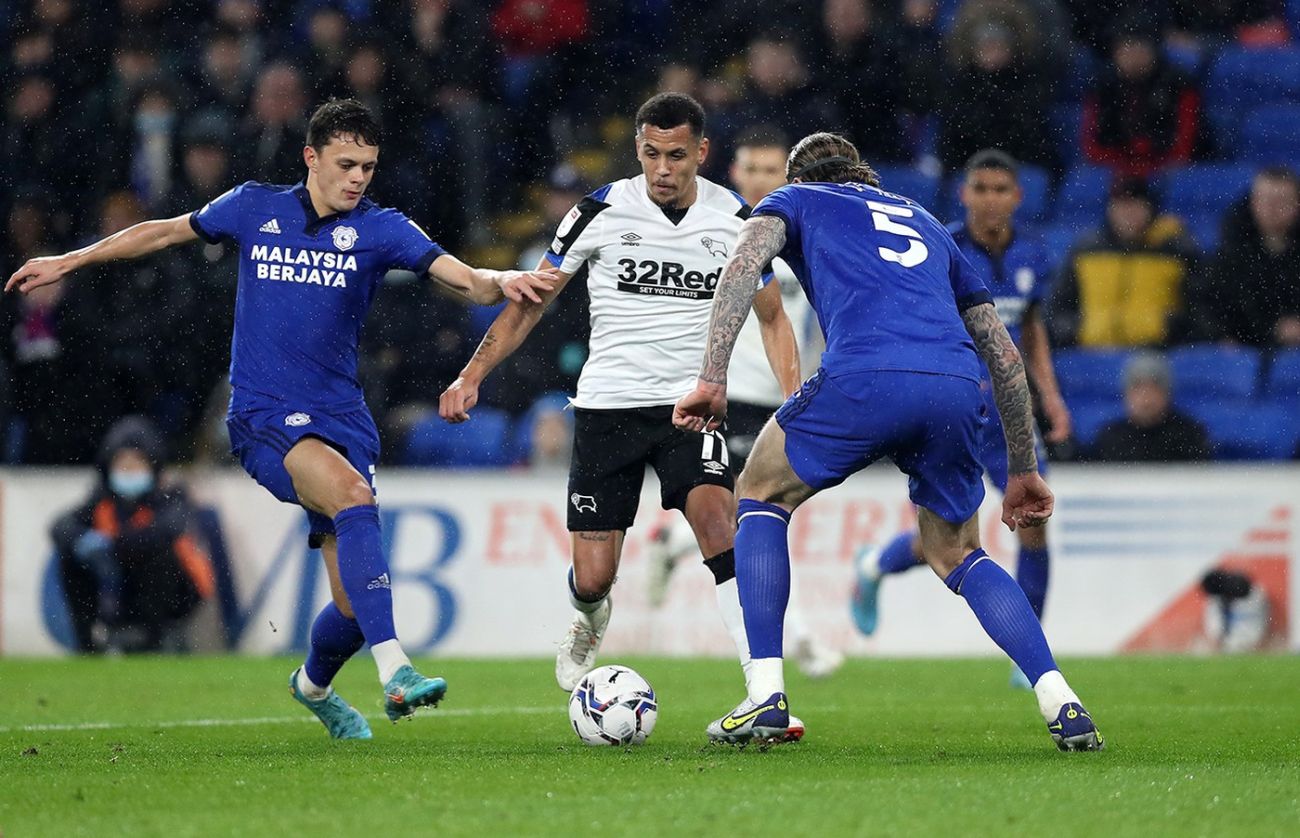 The striker, who came on as a second half substitute, received a cross into the box and finished past Ryan Allsop to secure all three points for the home side.

The Rams did have chances in the game, with Ravel Morrison having Derby’s best chance of the game early in the second half but a wonder save from Alex Smithies denied the midfielder the opening goal as Derby fell to defeat.

Manager Wayne Rooney made two changes to his side from Saturday’s defeat to Luton Town as Luke Plange and Festy Ebosele returned to the starting 11. 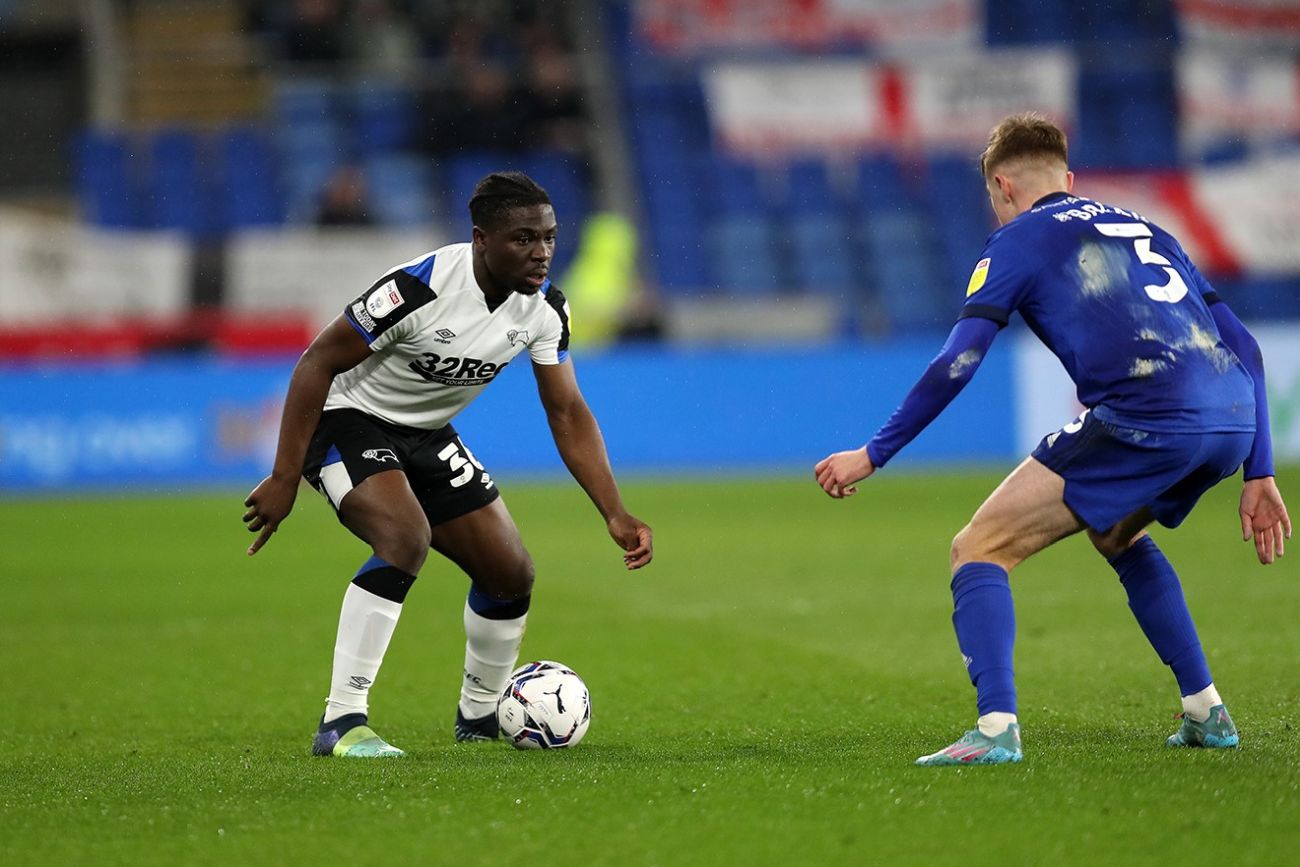 And it was Ebosele who was being afforded space down the right flank, as was Lee Buchanan on the left, as Derby threatened in the wide areas.

But, it would the home side who almost took the lead on 17 minutes as Cardiff midfielder Tommy Doyle struck the crossbar.

The ball fell nicely to the on-loan Bluebirds man on the 25 yards from goal, he struck sweetly on the half volley and as the ball dipped at the last second, deceiving Allsop, it hit the frame of the goal and came back out. 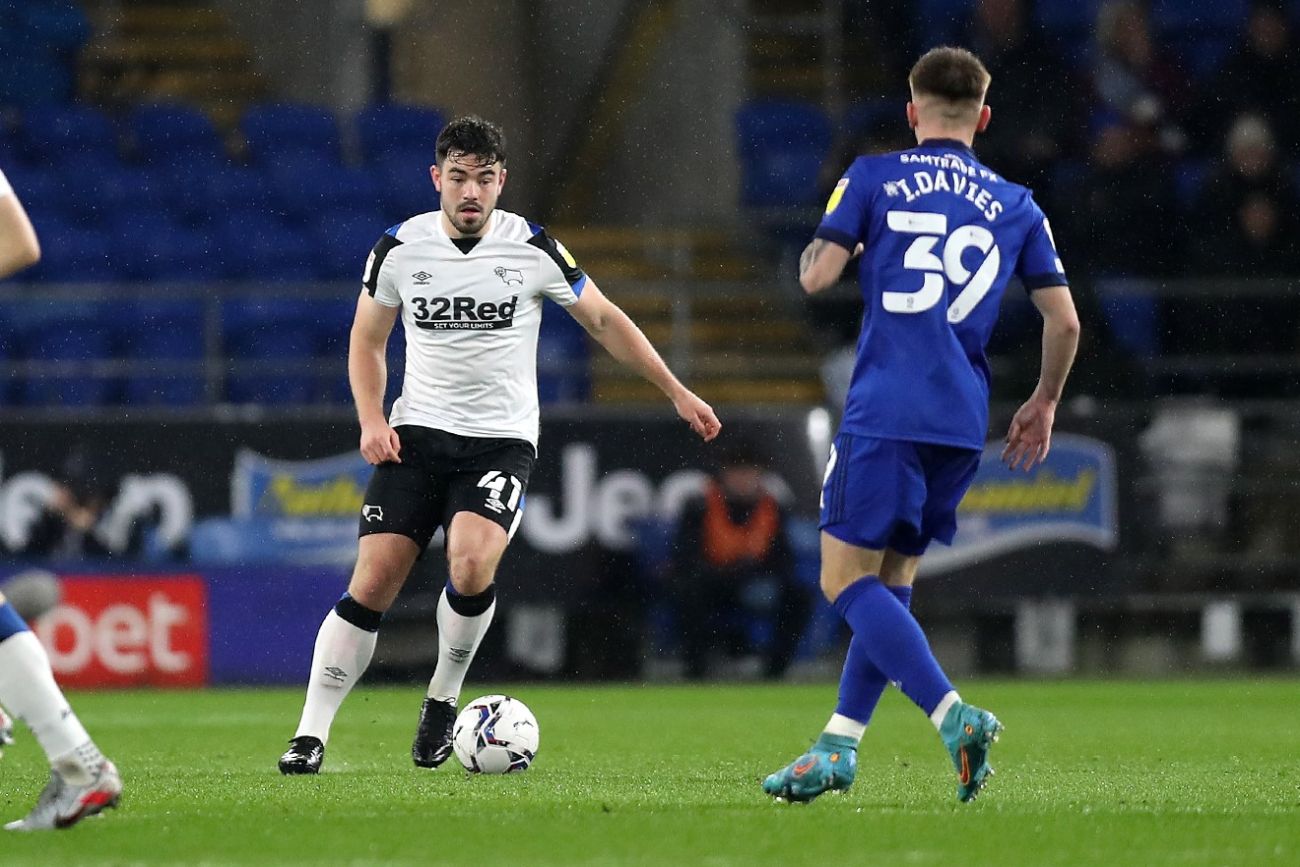 It was a let off for the Rams, but it kicked them into gear as they bossed the remainder of the first half, but just could not get on the scoresheet.

Derby created chances, with Buchanan firing off target after good work on the left, whilst on the other side, Ebosele received a long pass from Morrison, got beyond his man but curled over the top.

The Rams were keeping the ball well and suffocated their opponents into making errors, but they also had to be wary of the counter attack. 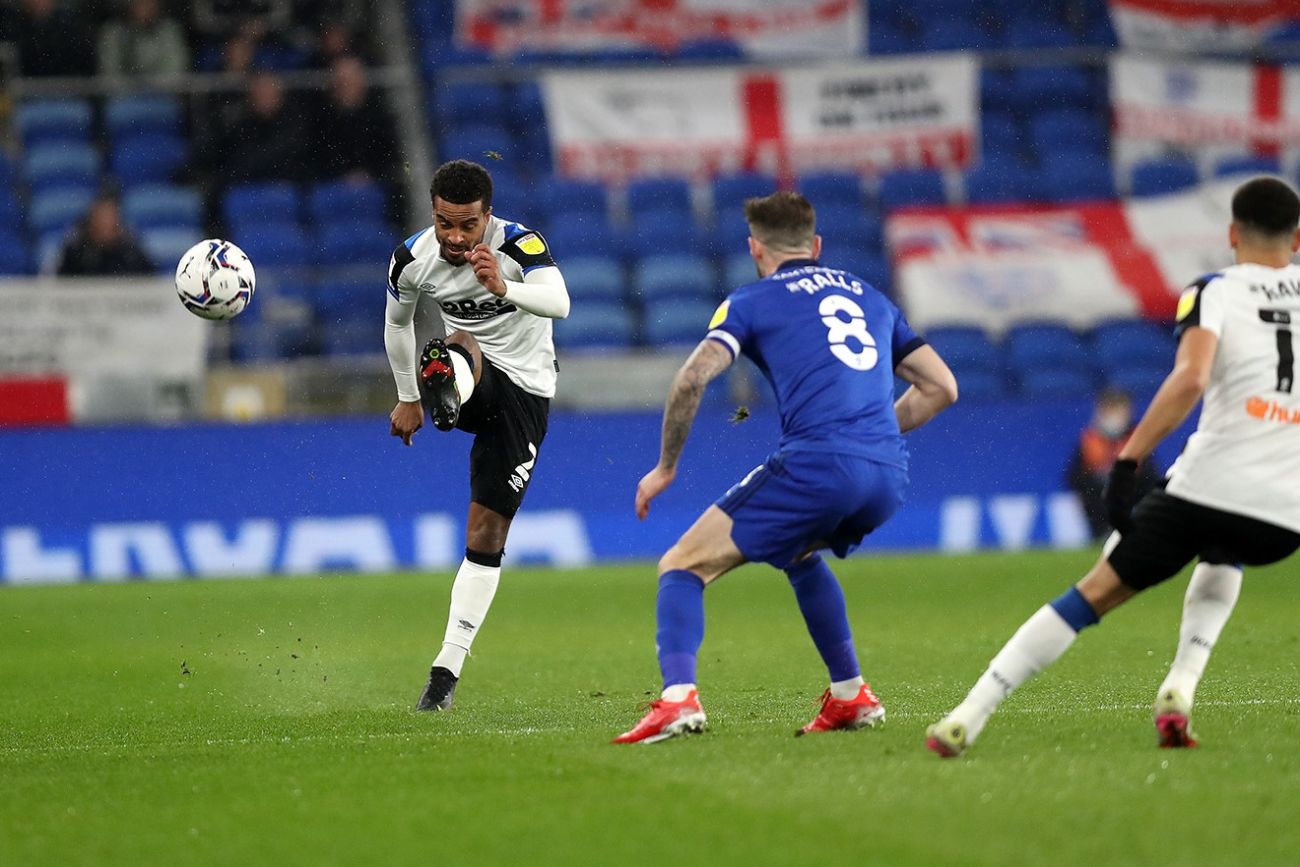 A good run and cross from Joel Bagan on the left-hand side found Jordan Hugill at the back post but his header looped on top of the crossbar.

It was clear Derby were getting joy down the flanks. Buchanan again was the architect as he played a one-two with Bird and crossed low into the centre. Luke Plange was lurking before the ball broke to Morrison but the midfielder was just denied at the last.

But, the only blemish on the first half performance was a foot injury sustained to Krystian Bielik as he was replaced at half time by Colin Kazim-Richards. 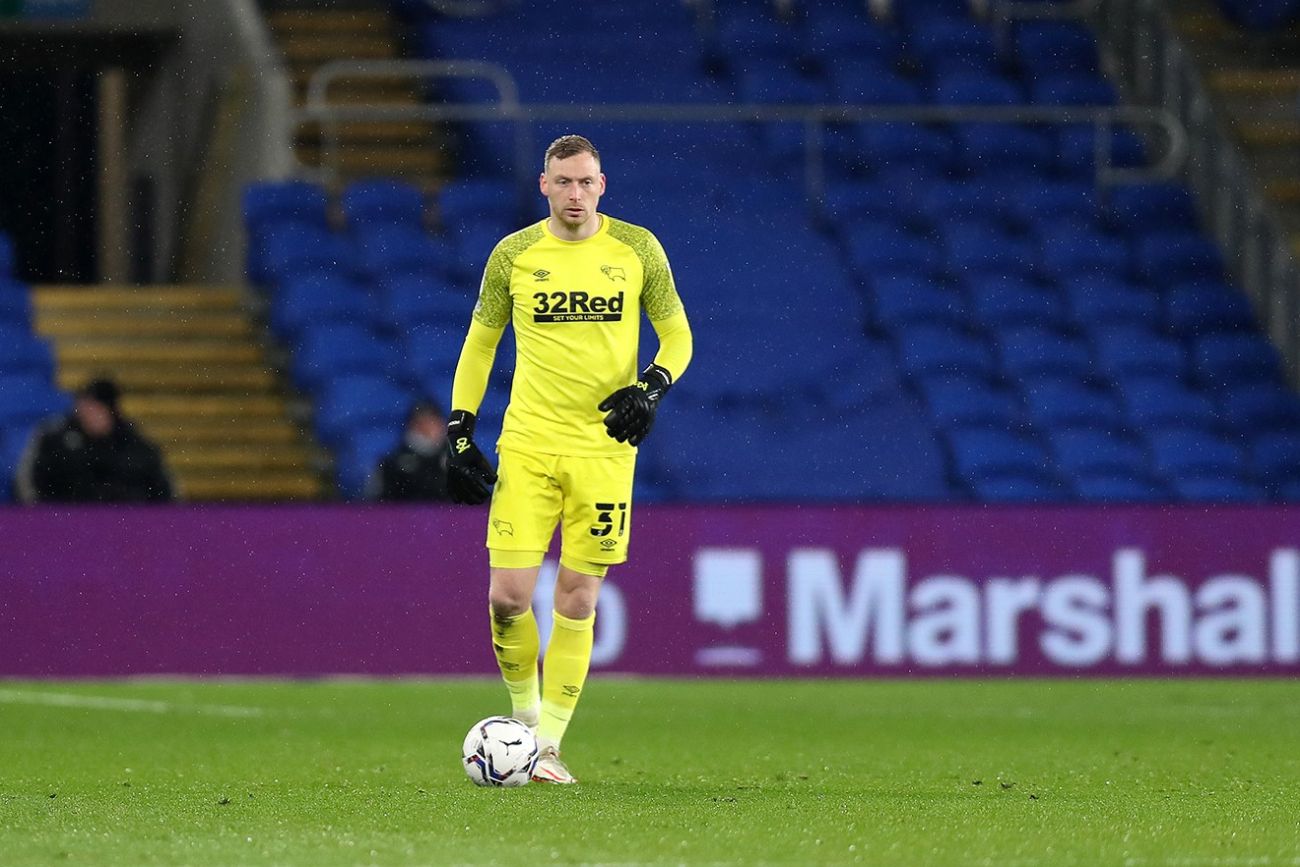 And the forward would make an immediate impact as Derby had a golden opportunity to take the lead 10 minutes into the half. Plange received the ball inside the penalty area but got the ball stuck under his feet as Cardiff looked to clear.

However, Buchanan dispossessed Cardiff defender Mark McGuinness inside the penalty area as the ball broke to Kazim-Richards who saw a shot blocked.

It fell to Ebosele who whipped a beautiful cross into the centre for Morrison, but somehow Alex Smithies got a hand on the ball to deny the midfielder the opening goal of the game. On the follow up, Kazim-Richards fired wide. 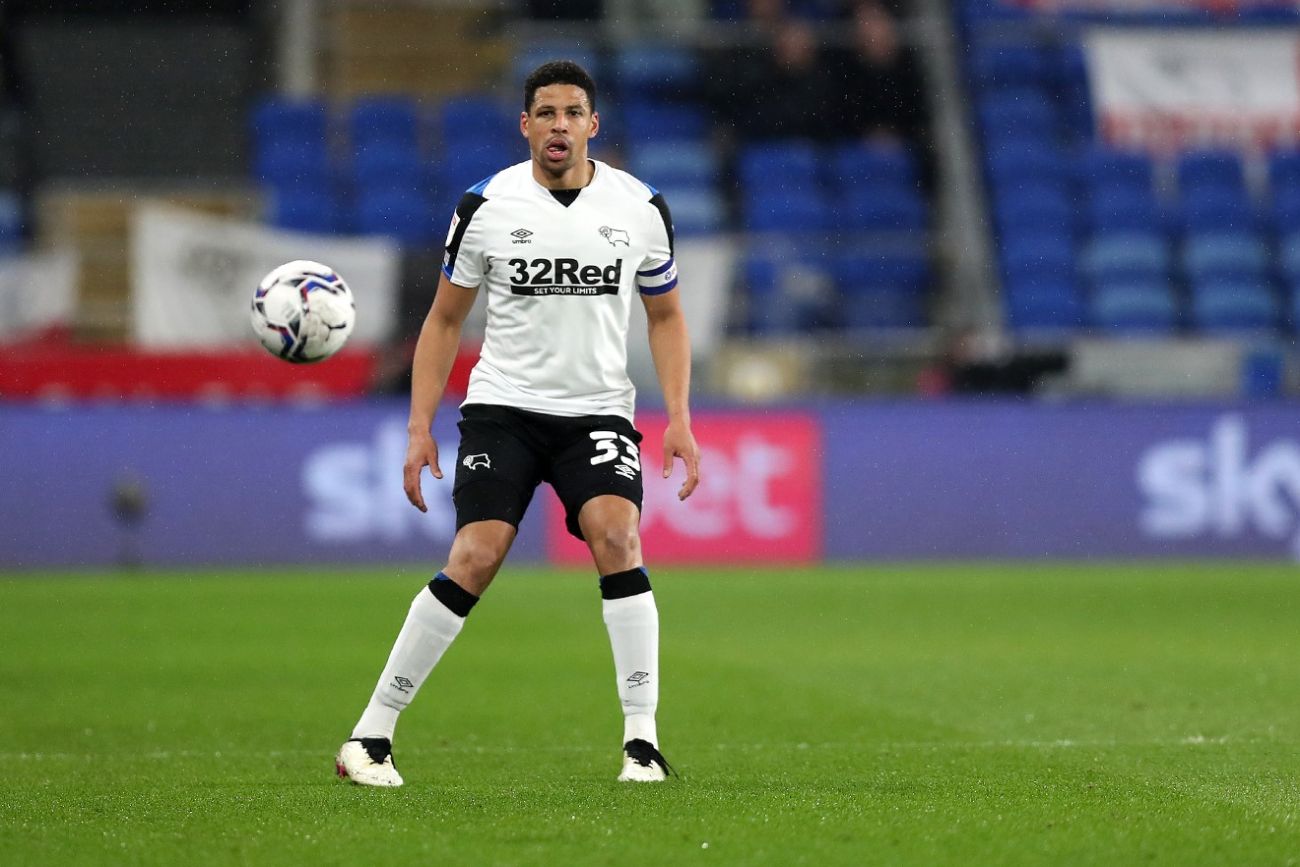 Derby were getting into some good areas on the pitch and took the game to their hosts, but that opening goal just eluded the Rams.

Allsop was rarely tested throughout the second half but when he was alert when he was called upon. He denied Doyle from 25 yards as his free kick went comfortably into his arms.

He had to rely on his crossbar coming to his rescue once again, though, on 81 minutes as Joe Ralls was allowed time and space to shoot inside the box but his effort smashed against the frame of the goal for the second time in the game. 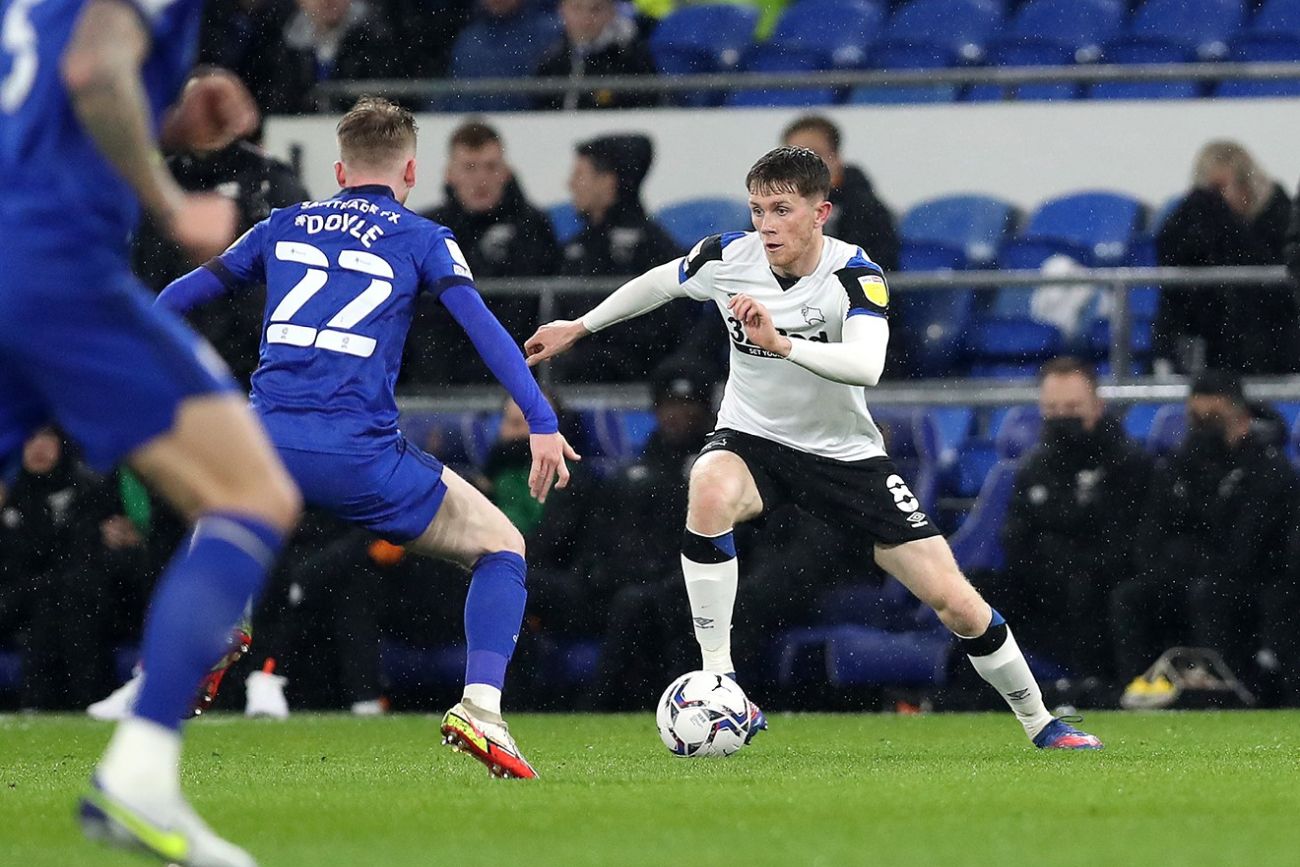 But, despite all the good work from Derby, Cardiff would take the lead in the latter stages of the game as Ikpeazu stooped to score from inside the penalty area. He received a cross into the box and found the corner to cruelly take the game away from Derby who fell to defeat in the Welsh capital.