Phillip Cocu’s side will be looking to build on a positive performance against Cardiff City when they take on rivals Leeds and here, dcfc.co.uk has gathered all the information you will need ahead of the clash with Marcelo Bielsa’s side.

Tom Lawrence is to miss the clash with Leeds after picking up a fifth yellow card of the season last Friday night against Cardiff City and will serve a one-match ban, so Florian Jozefzoon or Jamie Paterson could replace the Welshman.

The game will come too soon for Jayden Bogle who has began training with the team after the ankle injury he sustained in the first home game of the season, against Swansea City, but continues to build fitness.

Andre Wisdom and Craig Forsyth made big steps towards their returns last weekend playing for the Under-23s against Liverpool and Cocu hinted that they could again appear for Darren Wassall’s side this weekend against Manchester City.

George Evans (quad) and Ikechi Anya (calf) will also not be available through injury, while Mason Bennett will again miss out with a hamstring problem.

Speaking to RamsTV ahead of the fixture, manager Phillip Cocu said: “We have had a full week of training sessions to focus on our game and it was very good.

“There has been good energy on the pitch, a lot of work together as a whole team. It is a good feeling to have an entire week to prepare for this game.”

On Leeds he added: “I think [that it is the biggest test so far]. For me, they are one of the favourite teams to go for direct promotion this season.

“They kept the team together very well, only a few changes, you can see in the games how they play and the understanding in the team’s style of play.

“It is a very strong team and they are top of the league. It is a big game and a good test for us. I like playing the big games because you will see the most of your team.”

There are no pay on the day tickets and people who haven’t bought tickets ahead of the game are advised not to travel to Elland Road.

Tickets went off sale at 4pm on Friday.

In order to ensure a speedy and safe entry into the ground, Leeds would respectfully ask fans not to bring any bags to the stadium. This fixture is a sold-out for the home section, so no tickets will be on sale on the day. Please do not travel unless you have a ticket.

This year, Leeds have lost over 800 spaces in their car parks due to work being carried out by Leeds City Council, fans are advised to travel by train or arrive early to ensure they can park. Alternatively, there is a large car park on Whitehall Road run by Citiparks and fans can then walk to the stadium.

Leeds United operates a full search regime including dogs, for the safety of spectators coming to the ground, and would ask that supporters arrive early to ensure everyone is in before kick-off.

There will be a dedicated away fans bar, named Howards, which will be open from 10am in the ground selling food and drinks, including alcohol.

Leeds United has committed to the Chairman’s’ Charter and as such anyone found with a pyrotechnic in the ground or attempting to bring one into the ground will be arrested and their details returned to Derby County Football Club. This could result in a three-year ban.

Derby County fans are encouraged to come and support their team and enjoy the game.

The 2018/19 play-off semi-final between Leeds and Derby will be remembered forever by Rams fans as Derby County made history as the first team to ever come from a first-leg deficit to win the tie on the road.

The task to book their place to Wembley seemed a daunting one as Leeds extended their aggregate lead to 2-0 through Stuart Dallas after 24 minutes.

However, the tide turned when Jack Marriott came off the bench and scored with his first touch just before half-time following a mix up at the back.

Moments into the second-half, Mason Mount pulled the aggregate score level through a brilliant finish before Harry Wilson fired in from the penalty spot to give them their first lead in the tie.

Dallas added another to level out the score again before Gaetano Berardi was shown a red card for the home side. Richard Keogh then sent a wonderful ball trough to Jack Marriott to seal the victory. The only blemish on the night was Scott Malone being sent off in time added on.

Oliver Langford will be the man in the middle at Elland Road. So far this season, he has shown seven yellow cards and one red in the four Championship matches he has refereed.

Langford will be assisted by Akil Howson and Andrew Fox on the lines, whilst David Webb has been appointed as the fourth official.

RamsTV’s Matchday Live will begin from 12pm with Owen Bradley joined by former Derby duo Shane Nicholson and Marc Edworthy as they build up to kick-off with the help of stats, analysis, pre-match interviews and lively discussion. 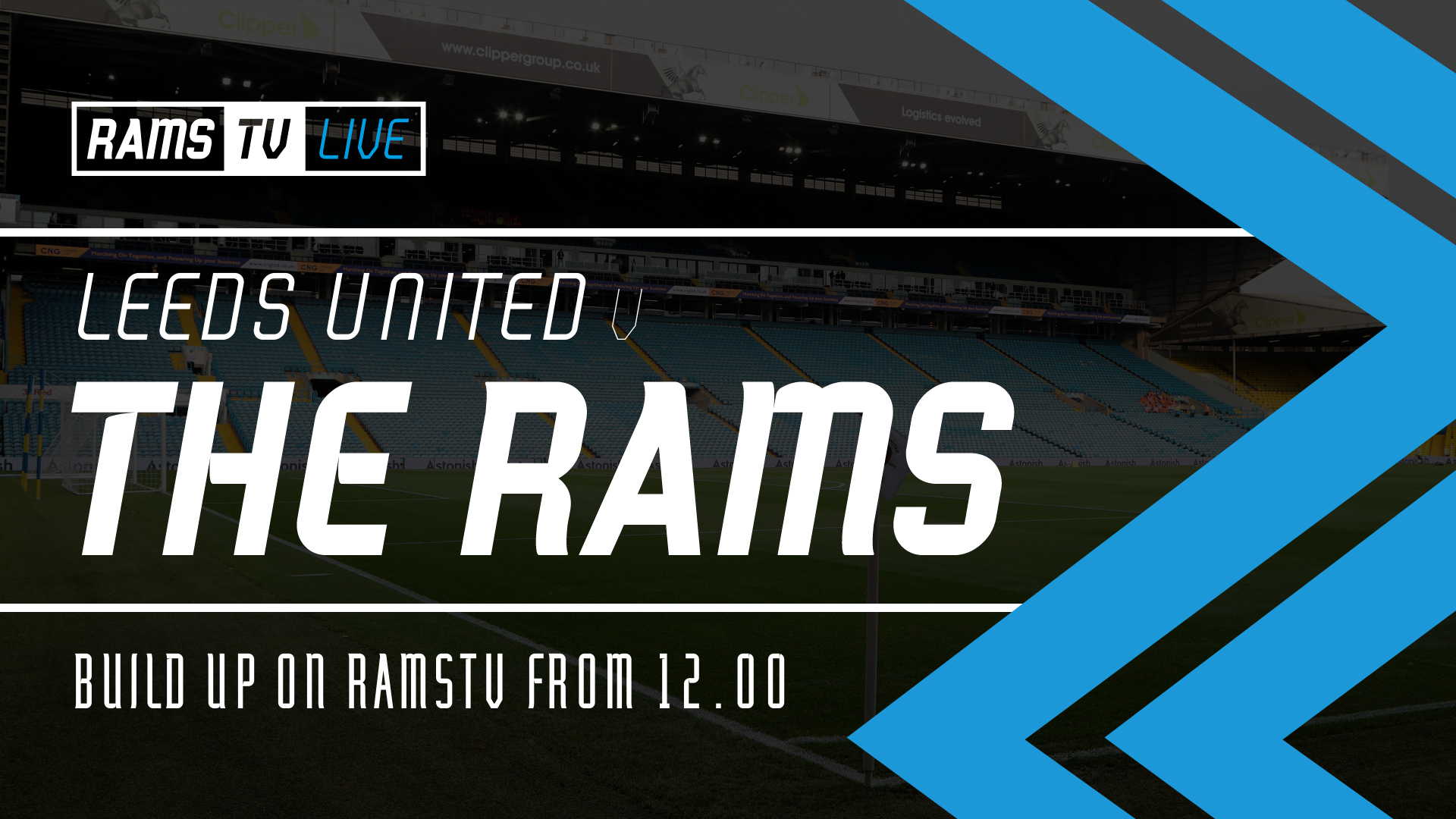 Owen and Shane will then provide expert commentary as RamsTV provides full multi-camera coverage of all the action at Pride Park.