Over the last few weeks, everyone across the United Kingdom is coming to terms with a different way of living their lives.

The outbreak of COVID-19 (Coronavirus) has provided a drastic change in circumstances as the battle to control the spread of the virus gathers pace.

Strict new curbs on life in the UK to tackle the spread of the virus were announced by Prime Minister Boris Johnson last month.

People may only leave home to exercise once a day, travel to and from work when it is absolutely necessary, shop for essential items and fulfil any medical or care needs.

Shops selling non-essential goods were told to shut and gatherings in public of more than two people who do not live together are not prohibited.

The football season across most countries in the world has come to a halt.

The football authorities collectively agreed last month that the professional game in England will be further postponed until no earlier than 30th April and this has now been extended until it is safe to resume.

The Premier League, EFL and PFA are in regular dialogue and have discussed the growing seriousness of the COVID-19 pandemic.

For Derby County’s players, they have been keeping themselves ticking over at home for when the time comes that football can be played again.

One of those players is striker Martyn Waghorn, who has spoken about how he has gone about keeping himself occupied and active during these difficult times. 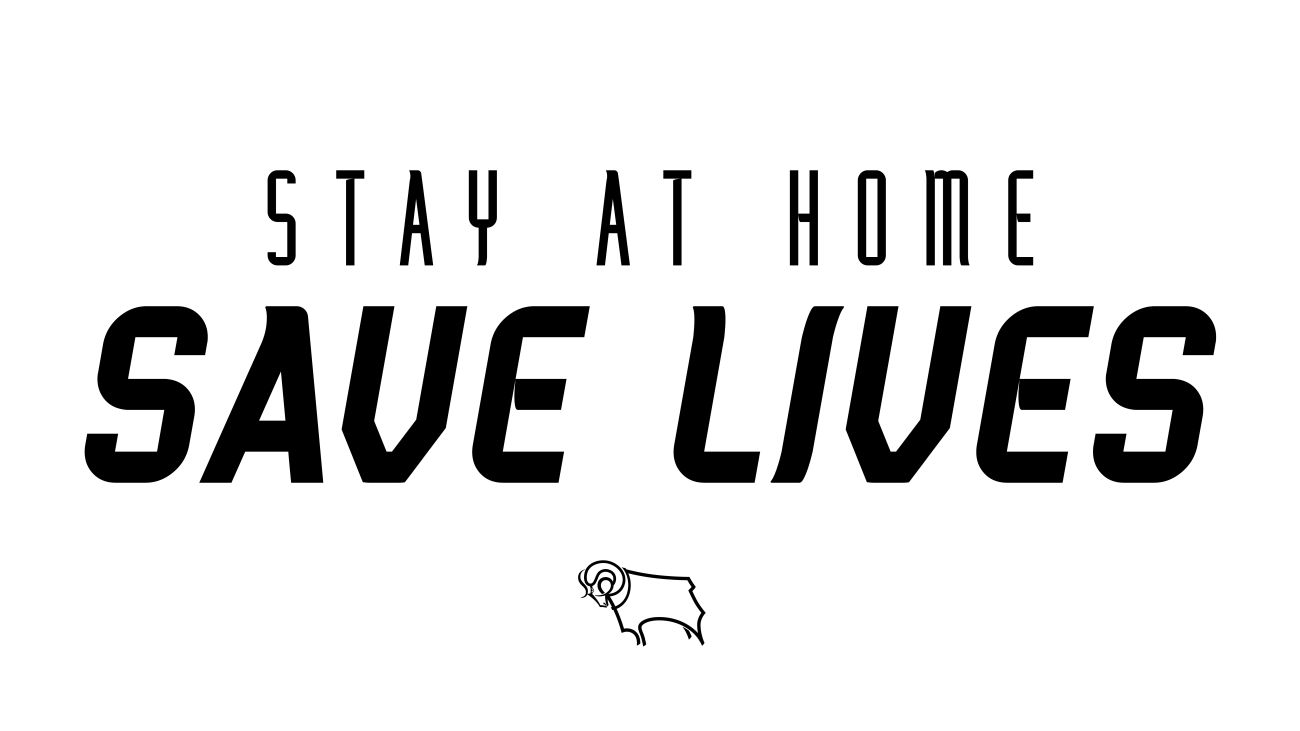 Waghorn, who is 30, has spoken openly about suffering from mental health issues earlier in his career and he says keeping a structure to his day, with some familiarity and routine, has put him in a positive frame of mind.

Importantly, he says doing those simple things is something he would recommend to anyone at this time.

Any supporters on social media will have seen Waghorn has been as active as anyone in the Derby squad over the last few weeks, mainly by playing football with his young son Ruben and also spending time with his wife Leoni.

Speaking to RamsTV’s Owen Bradley over Zoom on Friday, Waghorn said: “We’re all good as a family in these difficult and strange circumstances. We are keeping busy and everyone is safe and healthy, which is the main thing.

“It’s important to stay occupied by doing some gym work, football in the garden and stuff like that. For the first week when we were in lockdown, the weather was lovely so we spent a lot of time outside.

“Ruben has a lot of energy and loves playing football; he loves it as much as me. It’s not been like that for the last week in terms of the weather, so we’ve kept ticking over in the house and he’s also had some work to do from school.”

He added: “I think it’s good to have a structure to your day, because if not you can get muddled up or blurred and you end up feeling like you’ve not done anything.

“It’s important to get up and do something. I feel like doing that in the first part of the day is vital because otherwise you can feel like you’re lying about and feel in a mindset of you have nowhere to go and nothing to do.

All of Derby’s players have been given training programmes to maintain their fitness by the Rams’ coaching staff.

Waghorn says it’s important, particularly while working alone or via video link with the club’s medical team, to find the balance between enjoying their work and individually keeping in good shape.

Given the unexpected nature of the break in the season, Waghorn admits the day-to-day routine is somewhat different – but he is firmly embracing the chance to spend time with his family.

He said: “We have stuff to do and I am fortunate enough to have a good set-up at home to do work. I know it can be difficult for some others, but I’m trying to do as much as I can without overdoing it or getting bored.

“It’s about finding the balance between enjoying it still and keeping yourself ticking over. The staff have been great creating the programmes and training schedules.

“For me personally I feel better when I just keep playing and playing, but that isn’t possible right now so it’s important to stay fit, healthy and let a few niggles and bruises to settle down.”

He added: “The day-to-day banter and jokes around the place with the lads is priceless, so it’s a big miss.

“However, I can’t lie I have enjoyed spending so much time with my family because we’re not used to long periods together like this – especially at this time when you’re normally training and preparing for games - and it’s great to see my little man growing up too.”

Want to see the full interview with Martyn Waghorn? Just click play on the RamsTV video embedded within this article.