Derby County Football Club Women is delighted to announce a new partnership with one of the UK’s leading energy suppliers Utilita, who become the first team’s front of shirt sponsors with immediate effect. 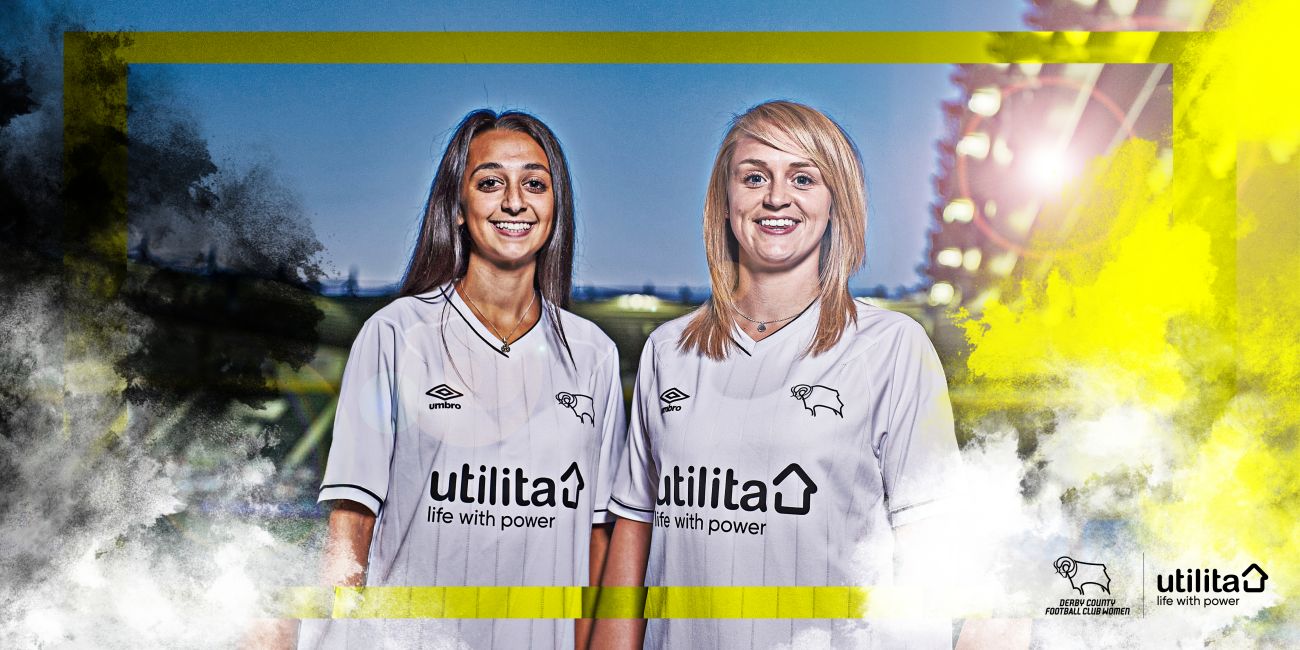 The Women’s first team will be sporting the new-look kit this weekend when they face local rivals Nottingham Forest in their first away game of the 2020/21 National League North Division season on Sunday 27th September (2pm kick-off).

Utilita’s logo will adorn the front of the home and away kits for the Ewe Rams until, at least, the end of the 2020/21 campaign.

Derby County Women’s Chief Executive Officer, Duncan Gibb, said: “We are delighted to be partnering with an established and fast-growing company who have helped transform the energy industry.

“The sponsorship shows the combined commitment to making the link-up between the main club and the women’s club a successful one; with Utilita’s branding already appearing on the shirts of the Under-23 side and club mascots Rammie and Ewie, as well as junior shirts.”

Utilita are one of the UK’s fastest growing energy suppliers and have quadrupled their customer base in just four years to 800,000 customers. They also introduced Britain’s first smart meter back in 2008.

During that time, Utilita has partnered with more than 20 football clubs, while also supplying energy to a number of iconic stadia, including Ibrox, Selhurst Park and Villa Park, to become an established and recognisable brand within the British game.

Utilita’s Chief Marketing Officer, Jem Maidment, said: “We began our partnership with Derby County back in 2016 and we have seen the partnership go from strength to strength, so to be able to increase our presence around the club and the local area by sponsoring the Women’s first team is something that we are extremely proud of.

“We are looking forward to supporting the club on and off the pitch, reaching out to the local community as well as promoting our products and services.”

Want to know more about Utilita? Find out all the information you need here: utilita.co.uk.