Derby County are back on the road on Saturday afternoon as they look to build on their impressive 1-0 home win over AFC Bournemouth on Tuesday evening when they head south to take on Queens Park Rangers (3pm kick-off).

dcfc.co.uk has gathered all the information you will need to know ahead of Derby's Sky Bet Championship clash against Mark Warburton's side. 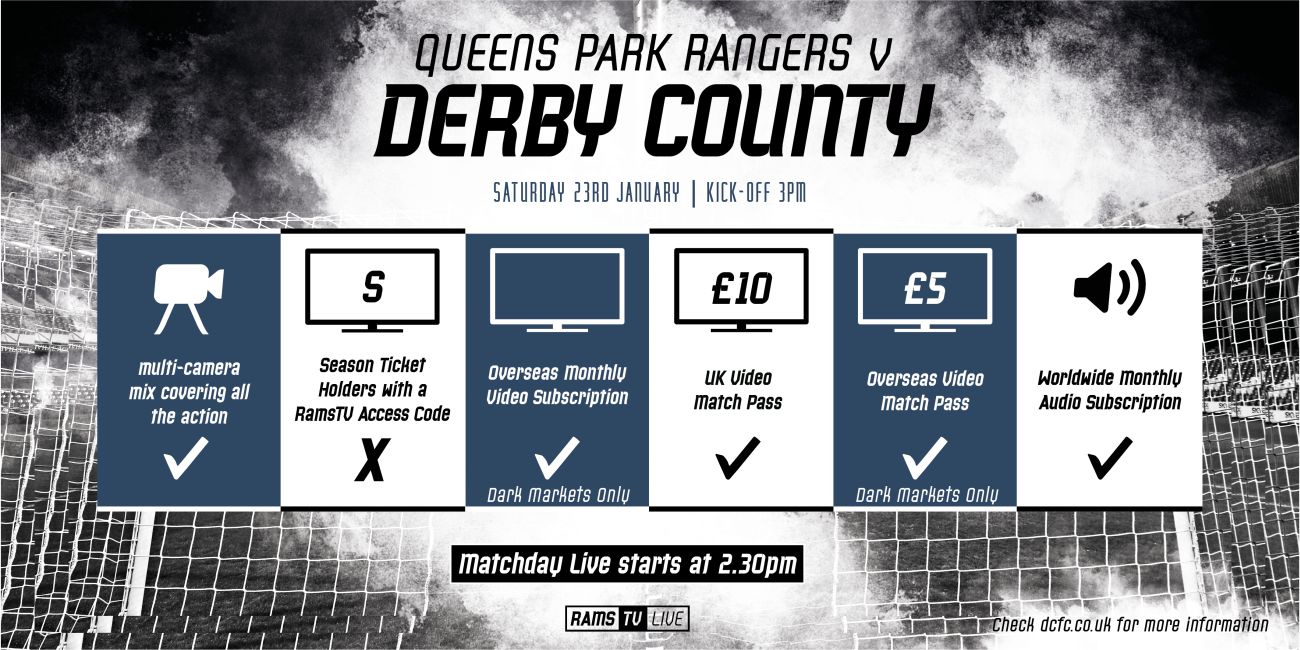 The game will be available to watch LIVE in the United Kingdom and selected countries internationally on a pay-per-view basis, with more international market details available here, on RamsTV via dcfc.co.uk or through the Official Derby County App from the Apple App Store and Google Play Store.

As this game has been selected by the EFL to be shown internationally via Pitch International, pay-per-view packages are not available to supporters based outside the United Kingdom except for what are deemed as ‘dark market’ areas.

EFL rules state that away weekend matches for the 2020/21 season are not included in the offer to Season Ticket Holders to watch live matches on RamsTV whilst access to stadiums is restricted.

Supporters that have watched live match coverage on RamsTV previously and wish to buy pay-per-view access need to login to their account on dcfc.co.uk to purchase this fixture, which is available in both the United Kingdom and in dark market international areas.

Please click here to create an account with dcfc.co.uk. Once an account is created, you will be able to purchase pay-per-view access for the match, which is available in both the United Kingdom and in dark market areas, on dcfc.co.uk.

Derby’s squad has no fresh injury or suspension concerns ahead of their trip to the capital.

Goalkeeper David Marshall is still struggling with illness and is set to miss out once again, meaning Kelle Roos is in line to make his third successive league start.

Tom Lawrence is making good progress after missing the last month with an ankle problem but this weekend's game will come too soon for him.

George Evans came into the side for Tuesday's 1-0 win over AFC Bournemouth, his first appearance since the end of November, and he could retain his place should Wayne Rooney continue with the 3-5-2 shape which served them well against the Cherries. 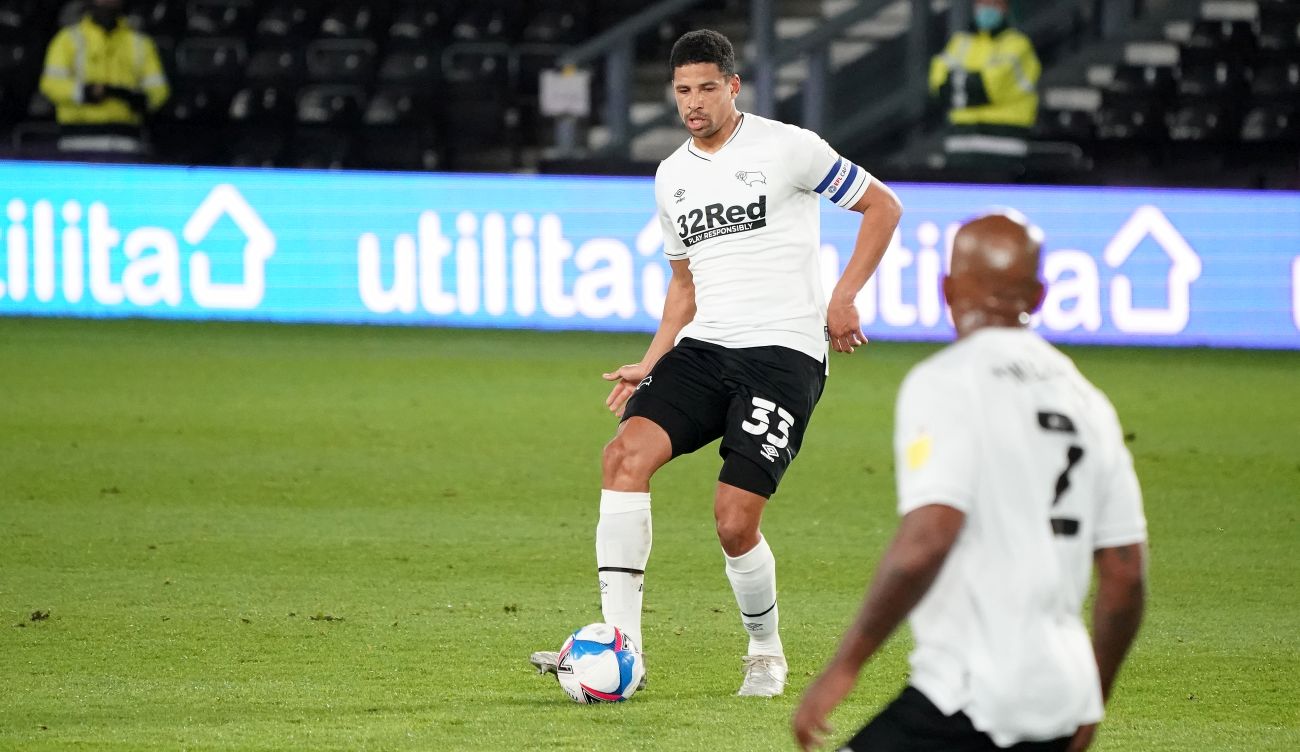 Centre-back Curtis Davies had surgery on a long-term achilles injury last month and is to spend a lengthy spell out of action.

Young striker Jack Stretton is currently working his way back to fitness after a spell out of the team due to a groin injury.

Speaking to RamsTV ahead of Saturday's game, Manager Wayne Rooney said: “Queens Park Rangers have got two physical strikers up top who can cause teams problems and we have to be ready for that.

“If we play with the energy and desire which we showed on Tuesday night, and try and add a bit more quality to that, I think we have a good chance of winning the game.

“We know Saturday is a challenge for all of us. If we want to get to where we want to be then we need to start showing consistency in results and performances.

“It is an important game for us. If we win, I think that can be the start of something really good to come for the next few weeks and give us the extra bit of confidence to take forward.”

More pre-match comments from Rooney and striker Colin Kazim-Richards can be found across dcfc.co.uk and also on RamsTV.

Tim Robinson will be in charge of Saturday afternoon's game.

Robinson has overseen 20 games so far this season and produced a total of 66 yellow cards and five red cards.

His last Derby game was the 3-1 win against Birmingham City on the final day of the 2019/20 season.

Robinson will be assisted by Nigel Lugg and Adrian Waters on the lines, whilst Stephen Martin has been appointed as the fourth official.