Derby County midfielder Max Bird is expecting a battle against Luton Town on Saturday as the Rams aim to kick start their 2020/21 Sky Bet Championship season. 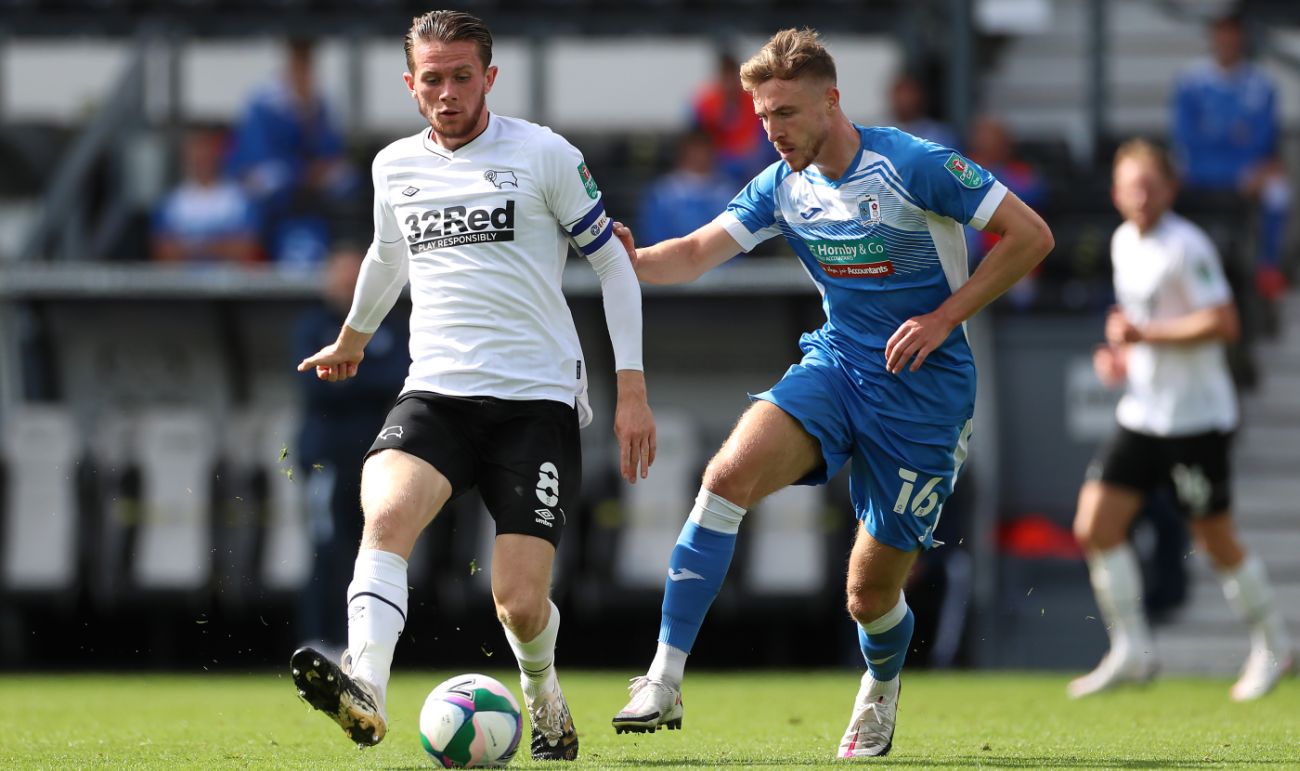 The Rams suffered defeat in their opening league fixture of the season, losing 2-0 against Reading at Pride Park Stadium last Saturday, and in midweek they bowed out of the Carabao Cup.

They were beaten 2-1 by Preston North End in controversial circumstances but Derby have the chance to put that result right when they travel to Kenilworth Road to face Luton..

The Hatters have enjoyed a blistering start to the new campaign, having beaten Barnsley and Reading both away from home in the league and cup respectively.

And Bird, who signed a fresh new four-year contract with the Rams keeping him at the club until 2024 yesterday, knows that Saturday’s game will be a tough encounter.

“We expect a fight,” he told RamsTV. “We have been told by the coaches, we have done a little bit of shape and stuff. They are a good footballing team as well.

“First and foremost it is up to us to fight in the game, earn the right to play and hopefully the rest will take care of itself.

“It is important now for us to get the win. We lost the first game of the season and now we are out of the cup. That is one less game next week, even though we wanted to stay in the cup.

“We have been working hard on the training pitch, looking at the games in the post-match analysis of them and we have looked in depth at that. Now it is time for us to get points on the board and kick-start our season.”

And the Rams will be buoyed following the arrival of Polish international Kamil Jozwiak from Lech Poznan.

The winger signed a four-year contract with the Rams earlier in the week and Bird believes he will make a huge impact to the team.

“He looks good, very good,” he admitted. “He is sharp and maybe that is something we are lacking at the minute in our team.

“He is very confident in what he does and direct. It will be a good boost in the team.”