Midfielder Jason Knight was delighted to score the winning goal in Derby’s vital 1-0 victory over Millwall at The Den - and believes it has to be a turning point for the team. 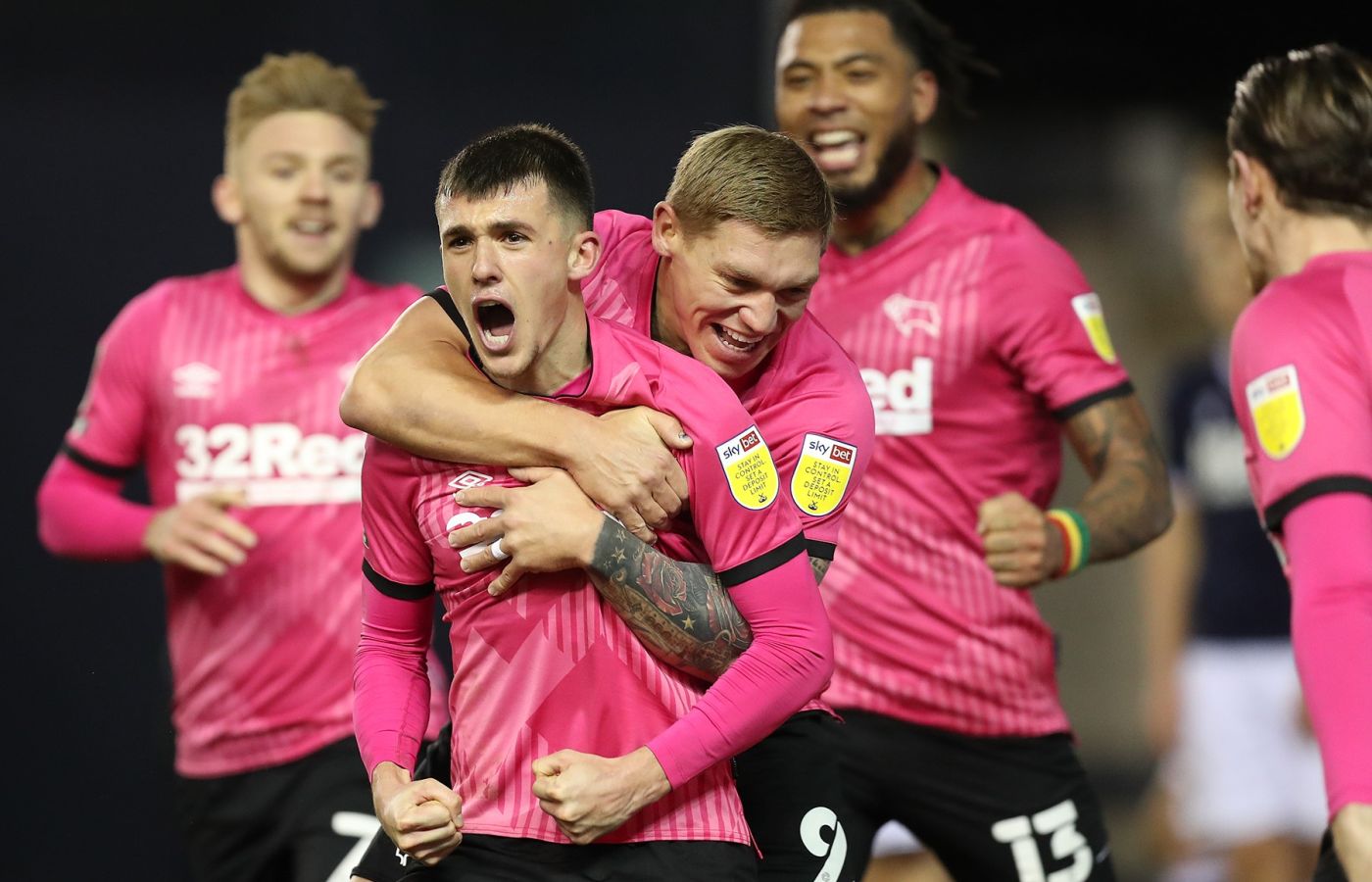 The Republic of Ireland international midfielder was the quickest to react with 69 minutes on the clock as Martyn Waghorn’s back post header was saved by Millwall goalkeeper Bartosz Bialkowski and was on hand to stab home through the legs of the Polish international.

It was fine reward for the Rams, who performed admirably throughout the 90 minutes and were rewarded with the winning goal in the second half.

And Knight, who scored his second goal of the campaign against the Lions, knows how important that win could be in the long-run.

“It was something, both me personally and us as a collective, have tried to do in terms of getting more goals and winning more games, so it was good to get one today and a good result in the end,” he told RamsTV.

“I just want to get into the box as much as possible and after seeing Waggy at the back post, it was important to just be in and around it if something came my way and thankfully it did.

“You’ve got to be there and that’s something we’ve been working on a lot recently being in the right areas in the box and trying to create more chances. I think we did really well in that today.

“It’s got to be the turning point. We need to follow this on against Brentford on Wednesday and it is just down to us again to keep going. It’s only a step but we need to keep it moving.”

It’s the first win for the Rams since the start of October as Wayne Rooney was the goalscorer that day in a 1-0 victory over Norwich City.

This time he was in the dugout as he won his first game leading the Rams from the touchline after narrowly missing out on victories in their last two games due to late goals.

But this time, Derby saw the game out confidently and professionally to claim all three points in the capital.

“We have been talking a lot in the last few days about keeping clean sheets and seeing games out,” he commented.

“We did quite well in the first-half, controlled a lot of the game and battled really well. Graeme Shinnie in there and Krystian Bielik as well. It was a really good performance and the result we needed.

“I think that’s a testament to the back four and the goalkeeper, and the lads up at the top trying to keep the pressure on. We are really pleased with the clean sheet as well.”

And the midfielder knows the Rams need to take that performance into Wednesday’s game against Brentford.

“It is going to be a different game I suppose, and Brentford are a really good team so we have to go there and try to get a really good result,” he said.