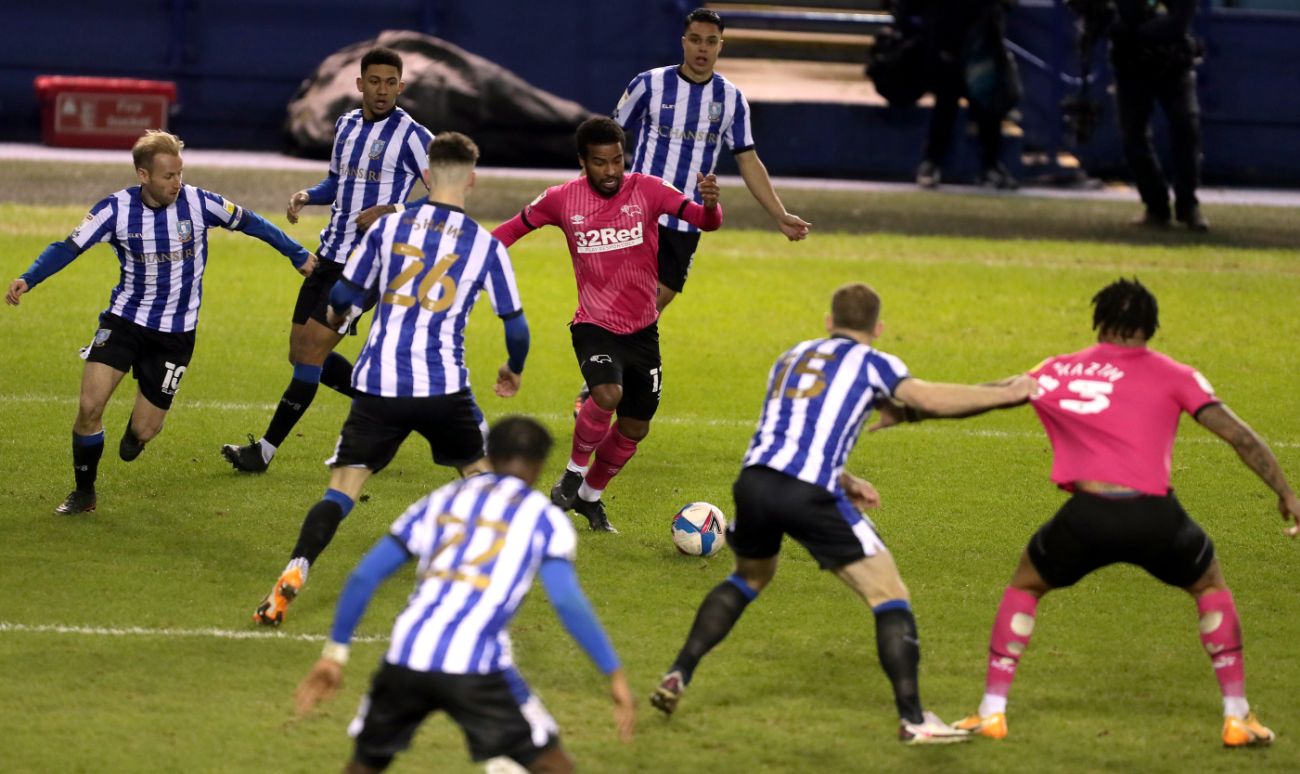 The senior squad were forced to miss last weekend’s Emirates FA Cup Third Round clash against National League side Chorley due to a COVID-19 outbreak in the first team bubble.

An Academy squad fulfilled the cup tie as Wayne Rooney’s men were forced to self-isolate at home.

During that time, the squad have held regular Zoom sessions as well as completing their individual programmes to be in the best possible shape ahead of their return.

They were back on the training pitches earlier this week in preparation for Saturday’s game against Rotherham and Byrne believes Derby are heading into the game with confidence.

“Everyone is good,” he told RamsTV. “We have trained the last few days. We were all doing home workouts and on Zoom doing exercises with the physios and the sports scientists. We made the best out of a bad situation.

“I think we are in a lot better place than we were earlier in the season. The boys are all on side, we are really enjoying the football and I think we are showing a lot more of what we truly are.

“You can see we are creating chances, we are getting forward, we are playing good football, attacking football and that’s the main thing. I think if we keep on that track the points will come and we will climb the table.”

A goal in either half knocked a youthful Rams side out of the FA Cup last weekend.

The first team squad watched the 2-0 loss from their own homes on television and Byrne believes it is a huge learning curve for the youngsters.

Byrne knows that Derby need to continue to improve to move away from danger in the Sky Bet Championship.

The Rams’ impressive recent form has seen the appointment of Wayne Rooney as permanent Derby County manager and a win over Rotherham tomorrow will move the Rams further away from the visitors, who sit three points behind them.

But Byrne, who joined Derby from Wigan Athletic last summer, knows it will be a tough test against a resilient Millers side.

“We have been working towards it all week now,” he commented. “We know what they are going to bring, they are fighters.

“I have played against Rotherham quite a few times now and they never give up, they are relentless, so we have got to be on our game and get the three points.”