Midfielder Jason Knight was proud to wear the captain’s armband for the first time in a Derby County shirt on Saturday - but was frustrated as the side were beaten 1-0 by Rotherham United at Pride Park Stadium. 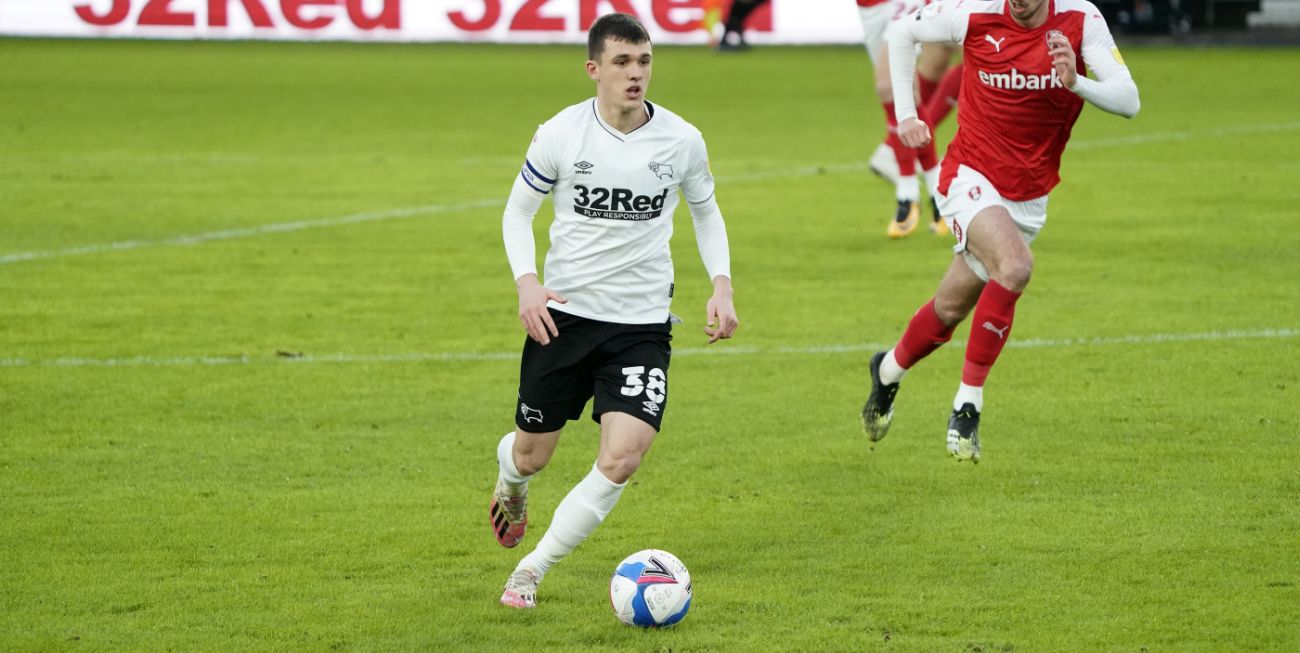 Jamie Lindsay scored the only goal of the game late on for the visitors as the Rams lost their first home game of 2021 against a resolute Millers side.

Derby had chances of their own. Lee Buchanan and Graeme Shinnie stung the palms of the Rotherham goalkeeper Jamal Blackman in the first half, whilst Martyn Waghorn shot narrowly wide in the second half.

But it would turn out to be a disappointing afternoon for the Rams who suffered their third defeat in their last four league games.

Academy Knight, who wore the armband for the first time for the club with David Marshall and Curtis Davies not available, was frustrated to be on the losing side.

“It is a big honour to represent the club like this,” he told RamsTV. “It’s great to do that, but we need to worry about getting good results on the pitch first.

“It was very frustrating today. We know we need to be better and we will be better but we need to improve on and off the ball so it’s a big game coming up on Tuesday at home to Bournemouth now.

“We didn’t do the basics right at all today and that’s something we pride ourselves on. We need to back to that quickly.

“They are all big games coming up for us now and we need to get a good result first and foremost.

“We had chances today but that’s something we need to improve on as well. We need to put those chances away and kill the game.

“We did have a lot of good chances, but we need to get better at that.”

On what manager Wayne Rooney said to him before the game, his first as captain, Knight said: “He said enjoy it and don’t do anything you don’t do otherwise.

“I just played my normal game and tried to do my best and I need to keep doing that.”

Preparations for the game were dealt a blow as a COVID-19 outbreak in the first team bubble disrupted matters last week.

Players and coaches kept in contact via Zoom and whilst it wasn’t ideal preparation before the side returned to Moor Farm during the week, Knight did not believe that was a factor behind the defeat.

“We can’t put that down to today,” he admitted. “We prepared well for the game and we should have done better and we will do better.”