This weekend looks set to mark another landmark moment in the growing popularity of women’s football, with just a day to go until the first Women’s Football Weekend. 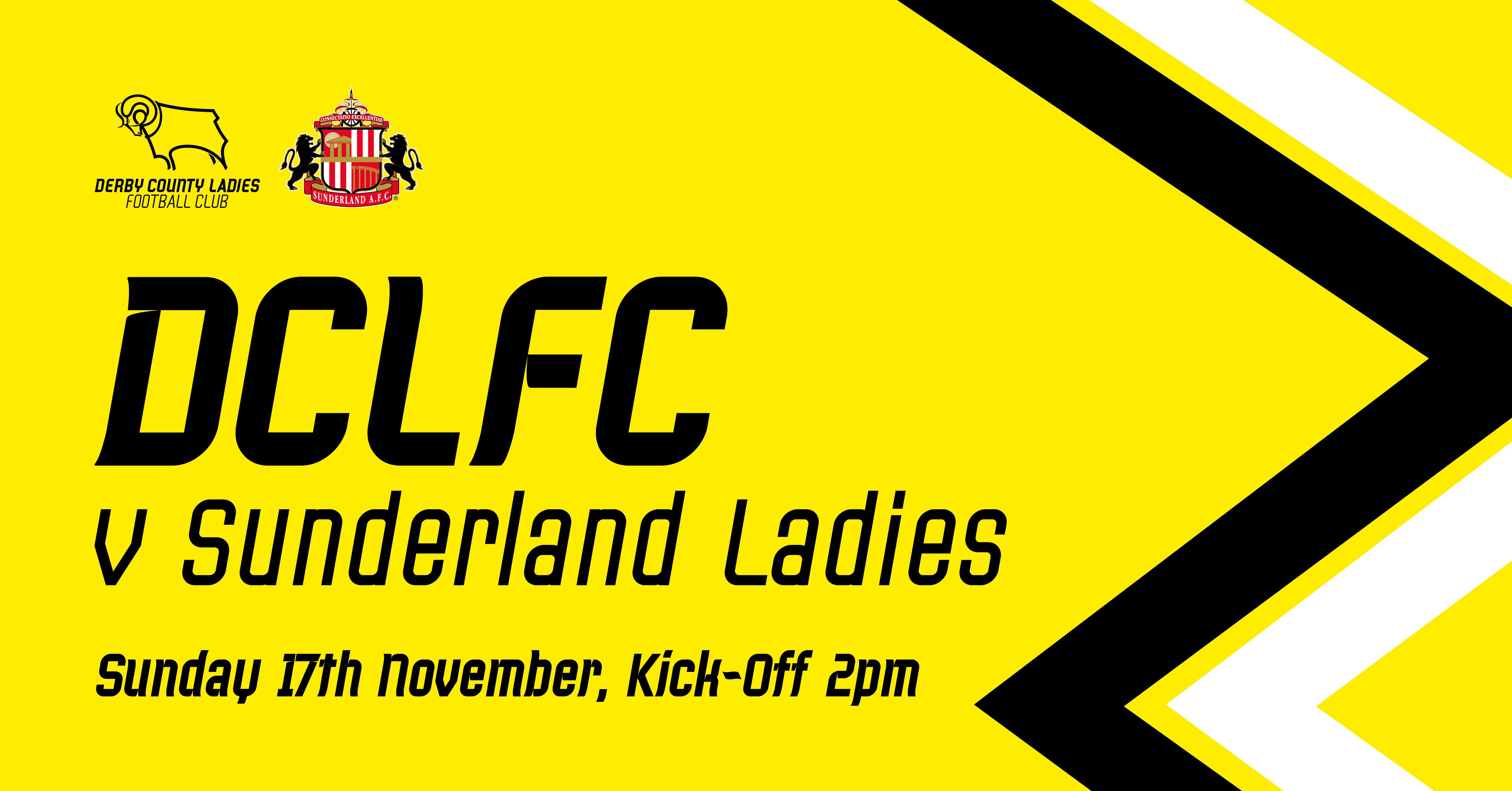 As the English Premier League and EFL Championship takes a pause due to the men’s international break, The FA is encouraging fans to take the opportunity to back Women’s Football Weekend and attend a match at any level of the pyramid.

And what better way to support the occasion by attending Derby County Ladies’ encounter against Sunderland on Sunday 17th November (2pm kick-off).

The Ewe Rams take on Sunderland at Mickleover Sports’ Don Amott Arena and Derby County supporters are encouraged to show their support to the Ladies team.

Women’s Football Weekend follows just one week after an historic evening at Wembley Stadium which saw England Women meet Germany in front of a record-breaking attendance of 77,768.

Kelly Simmons, The FA’s Director of Women’s Professional Game, said: “Since we announced the first-ever Women’s Football Weekend, we’ve continued to see even more evidence of the huge momentum behind women’s football.

“Fresh from an historic night for our Lionesses at a sold-out Wembley Stadium, the stage is set for another thrilling moment as The Barclays FA Women’s Super League makes its debut at Anfield and the Tottenham Hotspur Stadium.

“Whether it’s finding your local grassroots team at the park on Saturday, or experiencing the thrill of a top flight clash on Sunday, there has never been a better time to find and support your local women’s team.

“We’d encourage supporters from all across the country to get involved and be a part of a brilliant weekend.”

Want to know more about Derby County Ladies? Head over to derbycountyladies.co.uk.