Derby County will travel north on Saturday as they look to bounce back from their 3-0 defeat at Rotherham United on Wednesday when they take on Barnsley at Oakwell in their latest Sky Bet Championship fixture.

dcfc.co.uk has gathered all the information you will need to know ahead of the game against the Reds (3pm kick-off).

RamsTV will be providing coverage of Saturday's match at Oakwell for supporters.

The game will be available to watch LIVE in the United Kingdom and in limited areas internationally on a pay-per-view basis, with more international market details available here, on RamsTV via dcfc.co.uk or through the Official Derby County App from the Apple App Store and Google Play Store.

As this game has been selected by the EFL to be shown internationally via Pitch International, pay-per-view packages are not available to supporters based outside the United Kingdom except for what are deemed as ‘dark market’ areas.

EFL rules state that away weekend matches for the 2020/21 season are not included in the offer to Season Ticket Holders to watch live matches on RamsTV whilst access to stadiums is restricted.

Supporters that have watched live match coverage on RamsTV previously and wish to buy pay-per-view access need to login to their account on dcfc.co.uk to purchase this fixture, which is available in both the United Kingdom and in dark market international areas.

Please click here to create an account with dcfc.co.uk. Once an account is created, you will be able to purchase pay-per-view access for the match, which is available in both the United Kingdom and in dark market areas, on dcfc.co.uk.

Derby's recent signings Teden Mengi, Lee Gregory, Beni Baningime and Patrick Roberts were all on the bench for the 3-0 defeat at Rotherham United on Wednesday evening and are pushing for their first starts.

Gregory, Baningime and Roberts all came off the bench against the Millers, while Mengi was an unused substitute. 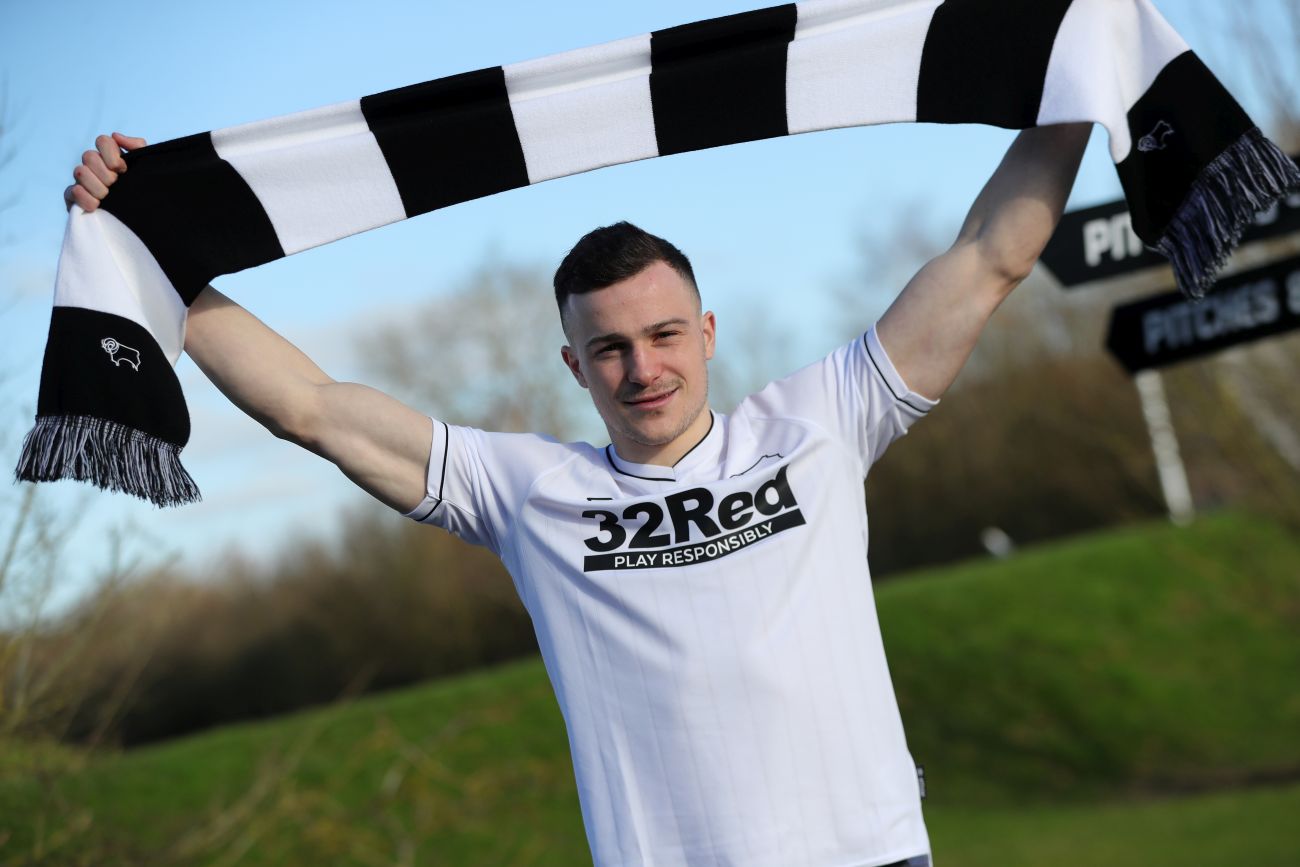 Fellow Deadline Day signing George Edmundson is not available as he completes the final stages of his rehabiltation work after undergoing hernia surgery last month at his parent club Rangers.

Forward Tom Lawrence is close to making his comeback after almost two months out with an ankle injury. He still needs more time in training to build up his fitness and won't be involved once again.

Midfielder Krystian Bielik will miss the rest of the season after sustaining anterior cruciate ligament damage to his right knee in last Saturday's 1-0 home win over Bristol City. He is set to see a specialist before undergoing surgery.

Young striker Jack Stretton is currently working his way back to fitness after undergoing minor surgery on a groin problem.

Speaking to RamsTV ahead of the game, First Team Coach Shay Given said: “It was frustrating the other night because we lost 3-0, but it is important to take a step backwards the next day and watch the game back and analyse it.

“We probably had the best chance of the game on 72 minutes, when Lee Gregory headed wide, and then they scored on 75 minutes – and we know that games are decided on small margins at times.

“If you get the first goal in most games then you have a great chance of winning. We were disappointed with the nature of the first goal being from a set play on the halfway line. The next two goals came from us pushing to get back into the game and we left ourselves a bit exposed.

“It’s just frustrating and we have to step away from that to focus on Barnsley now and use it as a learning curve and what we can do better. It is just key moments; it will be the same at Barnsley.”

The ex-Republic of Ireland international goalkeeper added: “Hopefully we can get in front and build on that. Barnsley have aspects of their game which are like Rotherham and we have to match that.”

More pre-match comments from Given can be found across dcfc.co.uk and also on RamsTV.

Keith Stroud will be in charge of Saturday's game at Oakwell.

Stroud has overseen 22 games so far this season and produced a total of 52 yellow cards and two red cards.

His last Derby game was the 1-0 defeat against Bristol City at Ashton Gate in November.

Stroud will be assisted by Jonathan Hunt and Ian Cooper on the lines, whilst Oliver Langford has been appointed as the fourth official.